He called Raj and asked him about her
Did she had anything ???? Kunj asked to which raj nodded in no

No sir she didn’t Raj replied
Shit kunj said he went and opened the rope and removed tape as well and  tried to wake up twinkle ..

For me it is waise how’s my acting nice na 😎 twinkle asked
Yeah you should try in bollywood kunj replied grtting his teeths ..

Don’t you get tried by speaking so much kunj asked since the time you came naak me dum kardiya 😑 now be quiet and have your dinner raj bring something kunj said ..

I don’t want this she said
What are you mad kunj asked ..

Picnic pe aayi ho kya 😑shut your mouth and eat kunj tried to scare her
I’ll not and if you want me to be cooperative and fulfill my wish twinkle said ..

Soon after sometime she had her dinner while kunj too came downstairs after changing and looks at her who was busy enjoying her food ..

Call Nancy aunty and vabi to look after her kunj told arjun while he nodded in yes..

Aren’t you going to call my dad ? Twinkle stated
Why you wanna go back ? Kunj asked
Not so soon I just started enjoying here twinkle said 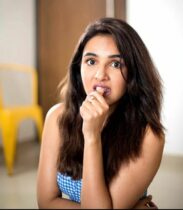 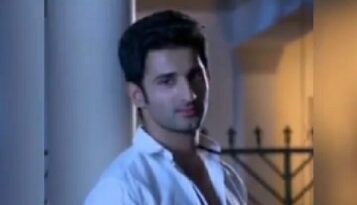 Kunj had a beautiful smile on her face recalling them time

Where is Alisha and Vir ??? he asked
They went for an emergency case bhai the girl told

Soon the trio had dinner and then everyone slept
.
Next day ::
Twinkle wake up feeling a pain in her head she didn’t wanted to do anything and just have rest ..

Hello twinkle where the hell are you I am calling you since long but your phone is switched off are you fine ??? Abhi asked
Yes I am fine woh I lost my back
yesterday and my phone was in it twinkle said

What ? When ??? He asked
I don’t know I just had a minor accident twinkle replied

No no do your work and then come here twinkle said ..

Nothing concerns me more than you twinkle he replied ending the call ..
.
@ sarna mansion
Kunj woke up with the little Krish with him today ..
Good morning champ he kissed on Krish cheeks to which he giggled ..

Yeah bhai sure amaira said
And ammu please I will arrange my clothes you don’t need to do it kunj added.

Good morning kunj said which they retorted back
Bhai you are going somewhere ?? Vir asked …

While both the brothers laughed they had their breakfast and kunj left for somewhere ..

Ohhh is she fine kunj murmured
Are you sure kunj ? You want her back ?? Raj murmured

Yeah you know why I am saying this kunj added

Yeah I know but still she ruined you once and she can do it again raj replied
Hmm that’s why I need some answers from her which only she can give kunj said with a broken voice ..

Ok as you say raj replied and ended the call
I can’t do the same thing with her she is not my twinkle anymore I have to be more patient this time to deal with her first I need to know why she is visiting dr I don’t want to pressurize her for anything if she left last night without meeting then it’s definitely something that she is hiding from me and doesn’t want to face me anytime sooner I need to be calm and give her space to deal with the things then I’ll confront her kunj thought ..
.
Next scene :::
Abhimanyu arranged breakfast for twinkle by calling his friends who dropped it in her flat while twinkle called and thanked him and went to have it all the while thinking about the time she met kunj and how she used to irritate him…

I am bored now I wanna go home back my maa and papa must be worried about me twinkle screamed with annoyance and didn’t wanted to have anything or do anything which was making kunj more angry on her ..

After seeing her going impatient kunj held her hand tightly and stopped her from breaking things further ..

Ohhh really what you think of yourself haan you are princess of somewhere listen you are a headache and what you are saying that your family must be worried about you huh they are not their is no news from them about you missing I think they are so happy that you left the house 😐 it was my mistake to kidnap you I thought that you may be important to your parents but huh you are not…. I pity you girl kunj said angrily …

Youuuu dare you say rubbish about my parents they love me ok may be they didn’t wanted this to be disclose infront of anyone about me missing and may be they are searching for me secretly 😐 twinkle said hiccuping ..

Hello the person from the other side spoke
Is this raminder Taneja speaking ? Kunj asked ..

Yes who are you ??? Rt replied
Sir we heard that your daughter is missing kunj said ..

What this is rubbish she is with me rt said and ended the call which made twinkle shock ..

See now you believe me kunj said
Now shut the hell of your mouth and let me handle this 😐 kunj said and left from their leaving her crying …
Flashback ends ..

I never knew I’ll see that face of pap…I mean Mr raminder Taneja and mr Randhir Taneja who are responsible for destroying my life for shattering me into piecees just for their own greed and selfish motives I hate them both I despise them ..

Twinkle thought in her mind and got ready as she had to meet the doctor for which she came here ..

Someone is following me ??? Is it kunj ?? No how he will know about me it was a coincidence that I met him yesterday I don’t want to face him again 😢 twinkle murmured ..

Dr virendar sarna ….sarna is that him ? But kunj brothers name is vir twinkle though ..

Hello miss ??? Vir snaps his fingers before her bringing back to reality
Sorry doctor twinkle replied

While twinkle was nervously sitting and looking at him
Ok miss twinkle I studied your case I need to get some test done so that we can start your treatment as soon as possible vir said ..

Soon she was walking back to her flat when she bumped with kunj and was shocked looking at him …while both didn’t knew what to talk ..

Uhmm thank you for saving me yesterday twinkle said ..

No need to thank me I would have done the same thing if their was anyone else on your place as well kunj added ..

Twinkle turned and looked back at him
I had your belongings I don’t want any of your things with me kunj said straight and went back to his car and returned her purse .. 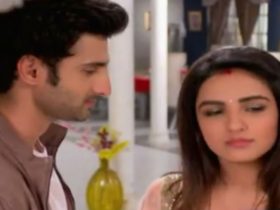 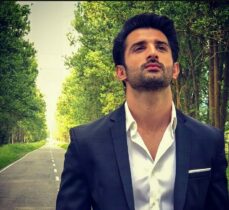 💖💖💖💖💖💖💖💖💖💖💖💖💖💖
Thank youuuuu sooooo much who all commented on the last one 😍😍😍😍
Really really grateful to have you all
So how’s the second shot
No no Alisha isn’t kunj’s wife 🤣🤣🤣🤣
What do you think must have happened between Twinj ????
Why Taneja’s are not concerned about twinkle
To know more stay tuned
Bye ignore errors no proof read
Sayonara 💖💖💖💖