Dedicated to Piyali for the jodi name given to Samar Piya:PiyAr
Dedicated to Shesha485 for giving another jodi name to Samar-Piya:YaMar

Meenakshi was very upset.Mehul noticed her.
Mehul:What happened Meenakshi?Why do you look upset?
Meenakshi:Mehul…we were wrong.Samar has not changed a bit.He has not accepted Piya yet as she is an orphan.
Mehul was shocked:What?
Meenakshi:Yes.I saw them sleeping separately.
Mehul:May be they had a small fight. 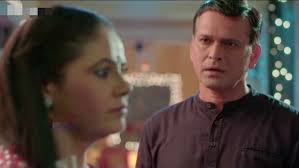 Meenakshi:No Mehul.I saw them walking together and chatting cheerfully.They are continuing to be friends.
Mehul was stunned.
Mehul:Samar has not accepted Piya as he feels that he is superior to her because of his family heritage.We need to break his arrogance.
Meenakshi:But how?
Mehul:We need to tell him the biggest truth that he was adopted from the same orphanage.
Suddenly they saw Samar standing near the door with a shock.He was shattered.
Meenakshi:Samar!
Samar:So this is why I was made to mingle with the orphans in that orphanage.Because I am also one of them. 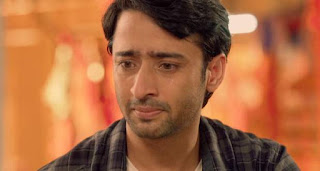 Mehul said painfully:Yes.We did not get you married to any high class girl by hiding your truth.When we were looking for girls we told them confidentially that you are an adopted son.Knowing that all the marriage proposals got cancelled.That’s when we noticed your friendship with Piya and decided to get her married to you.Since she is also an orphan we were sure that this marriage alliance won’t get cancelled because of your secret.
Samar was crying.
Meenakshi was in tears.
Meenakshi:Samar….but we love you like our own son.
Mehul:Yes..we love you a lot Samar.We wanted the best for you.
Samar:I know that.You both love me more than anything else.
He hugged them crying.
Samar:I need to tell the truth to Piya.
Meenakshi:No need Samar.Because before marriage we had told her the truth.
Samar was shocked.
Samar:Piya knew that I did’nt give her a wife’s position as she is an orphan.Still she did not taunt me by disclosing that I am also an orphan like her.
Mehul:Because she loves you truly.
He wept.
Samar:I also love her.But I could’nt confess my love to her.
Mehul-Meenakshi were surprised:What?
Mehul:You love Piya?
Samar:Yes.I don’t know how.I fell in love with her.
Meenakshi-Mehul were very happy.
Meenakshi:It’s so nice that you also love her.You should tell her that you also love her.
Samar looked at them emotionally.

Piya:But why?You did’nt do any mistake.
Samar:I did a big mistake to you.I ignored you as I considered you only as an orphan.But now I understood that I am also an orphan.
Piya was shocked.
Piya:Who told you this lie?
Samar:Don’t hide the truth anymore.I got to know everything.Please forgive me Piya.
Piya felt upset seeing his tears.
Piya:Samar!
Samar:You are great Piya.Not even once you told me that I am also an orphan even though you could have pricked my heart with this truth.But you did’nt do so.. because you did’nt want to see me upset.
Piya became very emotional:Samar…just leave it.Think about the future.Let us stop talking about this topic and live in our present.
Samar was silent.
She wiped his tears.
Piya:I will bring you water.
Piya went to take water.
Samar said in his mind:I know Piya that you love me a lot.I also love you.But sorry for not revealing my love to you.If I confess you my love now you will think that I love you only because I know that I am an orphan like you. How will I make you understand that even before knowing that I am an orphan I started loving you?
Samar’s tears rolled down his cheeks.As Piya entered the room with water,he wiped his tears and took the glass of water from her.
Piya:I hope… you are feeling better. 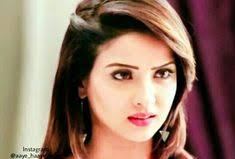 Samar:Yes…as long as you are with me.
She smiled.
Samar walked out of the room painfully.

After a few days….
Piya was becoming restless.
Piya:Why Samar is not confessing his love to me?Is it because he is still upset about being an adopted son? 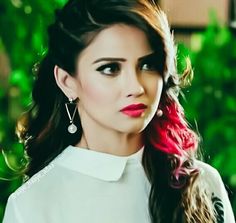 She went to the living room.She saw Samar laughing and chatting with his parents.

Piya smiled.
Piya:Samar is not gloomy now.Then why is he hiding his feelings from me?

Piya was coming out of the court with her senior lawyer Arundati.
Samar reached there with his car to pick up Piya.
Samar:Today Piya will be surprised to me.
A man was standing and staring at them.
He:Advocate Arundati…because of you,my brother got jailed and our family drug business got ruined.I will not leave you.
He took a gun and aimed at Arundati.Samar who saw it got shocked.