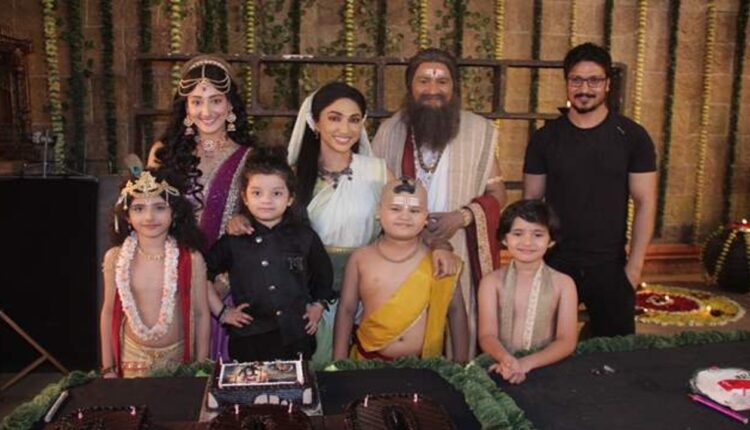 The popular show Baal Shiv has managed to strike a chord with the audience in a short span of time. The show is based on the beautiful relationship between a mother and son – Mahasati Anusuya and Baal Shiv.

Baal Shiv, aka Aan Tiwari, said, “Har-Har Mahadev! I am grateful to the viewers for their overwhelming support for Baal Shiv and my character. I am an ardent Mahadev devotee and playing his Baal Roop has been a dream role for me. The character has struck a chord with the audience so much that many people have started calling me Baal Shiv instead of Aan, and I love that”.

Mouli Ganguly who is essaying the role of Mahasati Anusuya said, “It is 100-episodes already! The time truly flies. It has been fun shooting with Aan, Siddharth, and Shivya along with the other casts, especially the children. We all share a very close bond and have become one big happy family. It is truly a big moment for us, and we all are very excited. Anusuya is a very strong character, and it is quite different from what I have done before. Thanks to the audience for showing such overwhelming support for my character and our show. And now, it has reached the milestone of 100 episodes. Mahasati Anusuya is the ideal combination of compassion and determination. In many respects, I believe it has also aided my personal development. May Lord Shiva blesses us and provides us with more opportunities to celebrate such accomplishments in the future”.

Siddharth Arora also added to the conversation and shared, “With Mahadev’s blessings and the team effort, we have achieved this milestone! Har-Har Mahadev! But without the fans’ love and support, this would not have been possible. I am grateful to the producers and channel for believing in me and giving me the role of Mahadev. Coming from the city known as “Shiv Ki Nagri”, playing his character was no less than a dream come true moment. I have this eternal belief that one doesn’t choose the role of Lord Shiva, and it comes to them as a blessing from Him! And I feel blessed to have been chosen to essay Lord Shiva’s character. Whatever work I do, playing Mahadev will always be the greatest role I have played onscreen. I feel honored to be a part of a show like Baal Shiv, which beautifully portrays the eternal bond between Shiv and his mother”.

Shivya Pathania said,” I can’t believe the show has already reached the 100-episode mark. My journey with Baal Shiv feels like it has just started, and I owe it all to my co-stars, directors, writers, and the entire crew behind the scenes. They made everything go so well. As an actor, this show has offered me many opportunities to do new things. And I have felt a wide range of emotions. Even though I am playing Devi Parvati in the show, I also had the opportunity to portray Maa Kaali and do something outside of my comfort zone. I am glad we have gotten this far, and that the audience has shown us so much affection. This accomplishment inspires us to keep entertaining our viewers”.

Tarkasur, aka Kapil Nirmal, said, “This is my first mythological show, and I am delighted to celebrate the achievement of 100 episodes with the cast and crew. Despite playing a negative role, I have received positive feedback for my character, Tarkasur. It shows what place this show, and its characters hold in the viewers’ hearts. I want to congratulate the channel and the entire team behind it who works day and night to make this show”.

We wish the team loads of congratulations on achieving this feat.