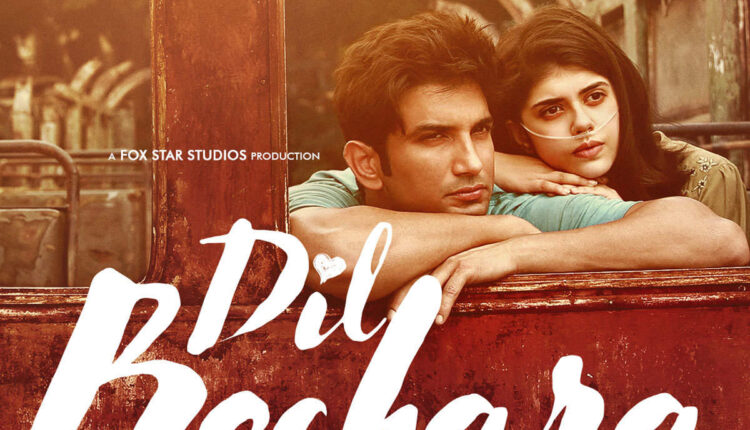 SSR’s Dil Bechara to be telecast on Star Plus on….

Amid the Coronavirus lockdown, almost all the movies are releasing on OTT platforms. With the theaters being temporarily shut down, the makers of the Bollywood films, instead of bearing recurrent losses, they decided to release them on OTT platforms and one of the movies which has garnered immense response is Sushant Singh Rajput’s Dil Bechara.

The movie was released on Disney+ Hostar on July 24, 2020. In the honour of the late actor, the movie was made available for free, so that everyone – subscribers and non-subscribers of the OTT platform – could watch it.  And from what has been revealed, the movie will be shown on Star Plus on 9th August.

Dil Bechara is a Bollywood adaptation of the heart-wrenching novel by John Green, The Fault In Our Stars.

Have you already watched the movie or you will catch it on Star Plus?

Kartik and Naira to star in a music video together