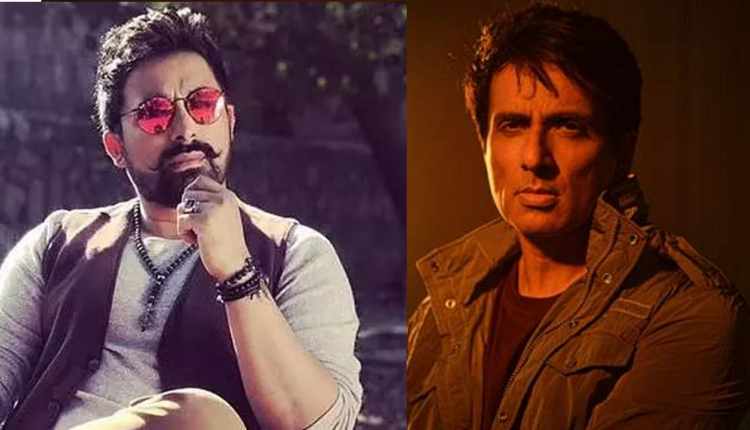 Bollywood star Sonu Sood has replaced Rannvijay Singha to host the 18th season of Roadies. Roadies 18 marks the debut of Sonu as host of a TV reality show. The actor is super excited about this new experience

In an interview with ETimes TV, Sonu talked about it and shared, “It’s very exciting to host Roadies because I feel we all have a Roadie within us from our college days. When we are in our college we don’t plan things, just go with the flow. Kahin bhi so Jao, ghoomne Nikal Jao, Bhuk lage toh kha lo and that becomes the most interesting part of our journey. And when you get a chance to become a host of a show like Roadies where you have to guide people, mentor them, it makes the experience even more special. Journey in South Africa was amazing as we travelled from one corner to another and we learnt a lot. Hosting Roadies 18 has become one of the most special experiences of my life.”

Talking about the experience of shooting the reality series, Sonu said, “We tried amazing stunts and adventure there. We tried sandboarding and played Rugby with professional Rugby players. We tried new things every day there. More than that I think when you perform something with the entire team then it becomes even more special. I did bungee jumping there and it was my decision to go for it because it was the world’s tallest bridge and I felt I might not get a chance to visit the place again and try bungee jumping so I gave it a shot. I am glad I did it. I didn’t want to regret it later.”

When asked about his take on the ongoing comparisons with Rannvijay, Sonu praised the former and said, “I’ve seen Rannvijay hosting the show and he is my brother and I love him a lot. He has done so well and he has set a great standard of Roadies and now I’ll have to live up to the expectations. I am glad we could do justice to the show because people who have seen the show have praised it and called it magical. They also said that the hardcore Roadies fans are going to love it and connect with it.”

Sonu, who is also known for his hilarious comebacks on Twitter, talked about it and shared, “Yes, I keep getting hilarious tweets. The recent one was where a user asked for chilled beer in the summers and I also replied to him that I am joining him with ‘Bhujia’. They keep writing interesting stuff. I remember there was a lady who sent me a picture of her electricity meter board and she wrote that she had been trying for months to get her electricity meter board fixed and it was not happening. She asked for my help and I’ve a friend who works at MSEB, I called him at midnight and requested him to urgently fix it. The next day, unka meter lag gaya tha and she was totally surprised. I’ve realized that you can help people, but you have to put in a little effort for it.”

Sonu plans to continue helping people by opening a charitable hospital. He said, “Yes, I will continue to work for people. I am planning to open a charitable hospital in Telangana where people can get free treatment. My dreams are big, and the journey will be tough but I know it’s not impossible. People have hopes with me now and I’ll keep trying to fulfill them,” he concluded.