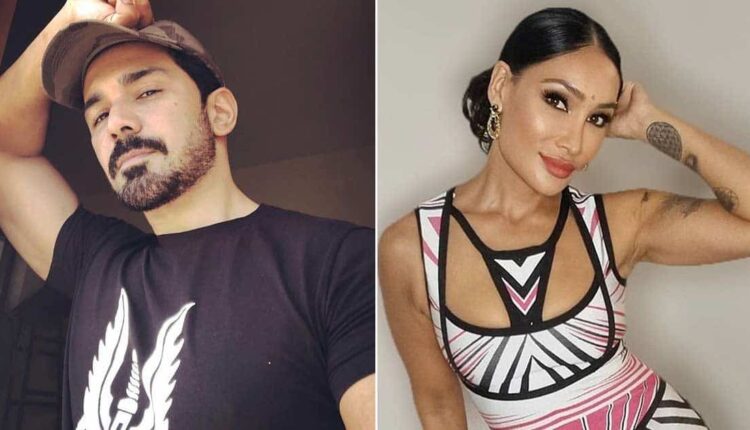 Sofia Hayat Trolled for having Slept with Abhinav Shukla; Claims an Angry fan!!

We all got to know Sofia Hayat after her stint in Bigg Boss. She made headlines after her stint for many reasons and this time too it is one absurd reason. She recently got accused by a troll threatening her with dire consequences for having a relationship with Abhinav Shukla. Sofia shared a screenshot on her social media, which had her chat conversation with the troll.

Sofia revealed that the person wanted her help, but she blocked the person after learning the intentions were not good. The person then created another account and left her a series of threatening messages calling her ‘sl*t’. Sofia came out to justify her relationship with the Khatron Ke Khiladi 11 contestant.

The troll accused them to be friends with benefits and threatened to put her behind the bars.

Sofia, who is known for her controversial act justified sharing a video revealing about her relationship with Rubina Dilaik’s husband. She said, “I don’t know who Abhinav Shukla is till the time I googled him. And I’m not in any such relationship with him. I have never dated him or worked with him. People who are putting a question over my dignity and creating false rumours need a reality check. If these stupid statements don’t go to rest I’ll have to take legal help.”

While Sofia claims that she doesn’t know Abhinav Shukla, during Bigg Boss 14, she supported Rakhi throughout the game, which also means she has seen the game.