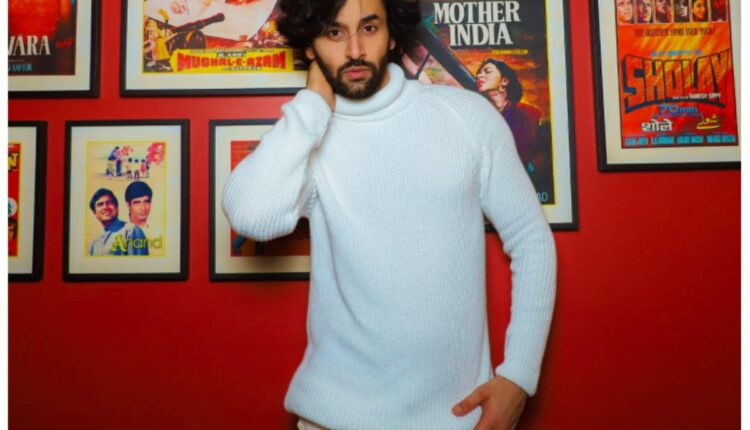 Shashank Vyas talks about his inactiveness on social media

Shashank Vyas, although not an active social media user but knows how to keep his fans entertained. In a recent interview with BT he talks about his inactiveness on social media and says, “I am not that active on social media, it was just during the lockdown that I wrote something and that’s how it all started. But even now I keep my social media usage very limited.”

From posting his poetry to his beautiful vacation pictures Shashank knows how to keep up the game with minimal effort. He says, “I feel it should be used as a time pass, it should not become a part of your life. My happiness is not dependent on social media; it relies on the satisfaction I get from my work,”

Shashank is all set to make his Bollywood debut with Laila Manju. He says that social media is a big platform and should be used wisely. “It’s a good medium for fans to be in touch with their favorite celebrities and vice versa. And while doing so if we can also spread a good, positive message in society, then I don’t think there is any better medium than this.”

He further adds, “An actor’s job is to act, that’s how they get so many followers and fans, so they should not let this medium deviate their attention.”

Sushant does not look for validation from social media and says. “I post what I want to post. I don’t want validation from others and neither am I one of those who will be happy if they get likes on photos or videos. If someone is very good as far as their craft is concerned, but does not have a lot of followers on social media, then it doesn’t show that they lack something or they are not capable enough. My main aim is to deliver my lines well.”

Love Is In the Air Episode 48