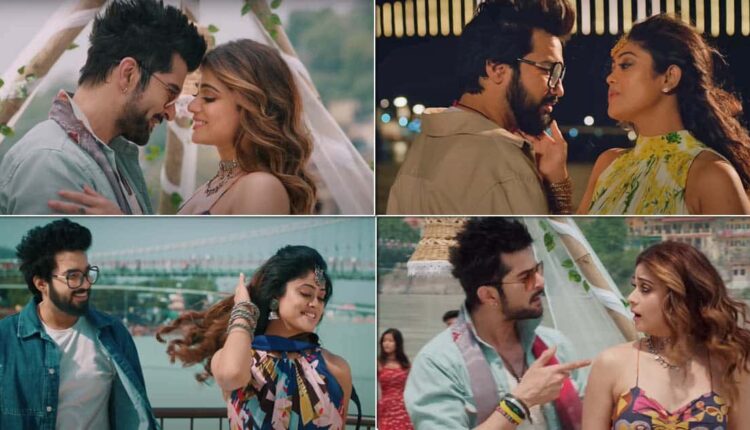 Shamita Shetty and Raqesh Bapat turned many heads after their stint in the Bigg Boss show. They were  head over heels in love and did a music video together. Now the two have parted ways but the music video has released and all the fans of the couple are again back to rooting for them. Their much-awaited song Tere Vich Rab Disda is finally out and Shamita’s sister Shilpa Shetty is hooked to the song. The song which was initially scheduled to be released on August 2 is out today.

Both actors play completely different characters in the music video ‘Tere Vich Rab Disda.’ Their strikingly different characteristic what makes the video all the more interesting.  Shamita Shetty looks absolutely stunning in the role of a young girl while Raqesh Bapat plays a rowdy romeo, who will go to any length to make her fall in love with him. Raqesh is seen in the sweet love story attempting various methods to win Shamita’s love, and  like always he succeeds to make her gall in love with him.

#TereVichRabDisda is such a melodious song, my Tunki

many many congratulations, my darling!

Listening to this song on loop

Let us know if you are listening to it on  aloop.