Sanam Teri Kasam(Swear on you, my beloved) Part 3

Krishna,Gopi and Sonakshi barged into Veeranshu’s flat.Some of the friends invited by Mayuri also came there to witness it.

Veer and Bani were stunned to see them. 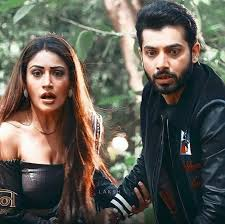 Krishna:What are you doing here Bani?And why are you in such an ultra modern dress?

Sonakshi thought:How will i tell dad that di is coming here for a makeover to woo her colleague?Dad will misunderstand Di.

Bani thought:How can I tell Mamu that I am coming here for a makeover to impress Purab?

Veeranshu:Uncle,I am just grooming her. 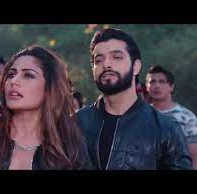 Krishna:I got an information that you are coming very often for a bad purpose.

Krishna:But I did not believe it.But you broke my trust Bani.Is this the culture I gave you?

Bani was in tears.

Bani:Mamu,you are misunderstanding me.I am cultured girl who you brought up.

Krishna:No.You have changed a lot.If you had valued our upbringing and culture,you would not have been here.You are a disgrace to our family and my late sister Anika.My di was great.She and Shivay jiju made me stay in Oberoi family and gave me their surname.Otherwise I would not have been the famous Industrialist Krishna Oberoi now.But you ruined our surname.

Veer:You are misunderstanding this innocent girl.

Krishna:You don’t interfere.You are the one who spoiled her.Now onwards we have no relationship with you Bani.We are disowning you.

Gopi:Krishna,you always say about the promise you gave your Anika di that you will look after her daughter Bani.Then now what happened to that promise? 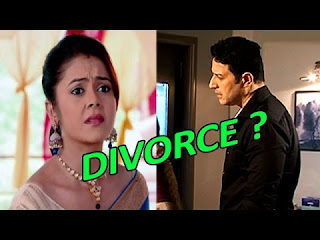 Krishna:Don’t show your fake love Bani.If your love was true,you would not have done this.

Bani could not bear it anymore.She was crying.Sonakshi felt very upset seeing her cry. 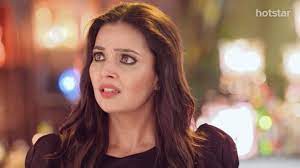 Krishna:Don’t support her immorality. Come with me.

Krishna went out with Gopi and Sonakshi.

Mayuri:Now did you understand what i can do Veer? 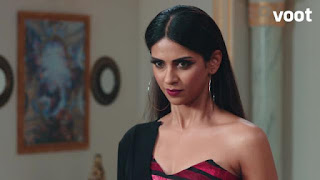 Mayuri laughed and went out.

Bani was crying without any limit.Veeranshu felt upset.

Bani:Veeranshu..I have no one now.I am alone.

Veer:You are not alone Bani.I am there with you as a friend.You can stay here.We know each other.We know that we are not wrong.One day your Mamu will also know your innocence.

Bani:You are really nice Veeranshu.I never thought that there was a heart hidden behind your arrogant face. 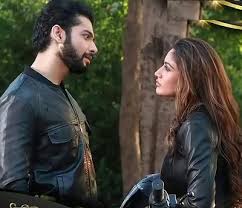 She was in tears. 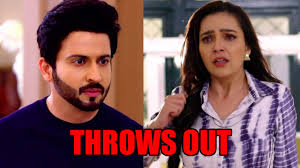 Sonakshi told him everything.He was shocked.

Aakesh:I am sorry to tell you.But from the beginning onwards I have been feeling that your dad is a kadoos.

Sona:But I am also at fault.I only told Bani di to find a guy for herself.I only told her to groom herself under Veeranshu Singhania.Poor Bani di did everything as per my wish.But because of me,she lost her family itself.I am so spineless and helpless that due to fear I did not get the courage to tell the truth to papa though I tried.Bani di too hid the truth from papa or our love to get fulfilled.I am a bad selfish sister.

She embraced him and cried.He felt sad for Bani and caressed Sonakshi.

Aakesh:Everything will be alright Sona.Your dad loves Bani very much.He can’t be angry with her for a long time.He will accept her back.

Sona:I hope so.Otherwise I won’t be able to forgive myself.

Before Veeranshu could reply she took the liquor and drank it.

She gave me a glass of drinks and she took one.

She started singing and dancing pulling Veeranshu for dance. 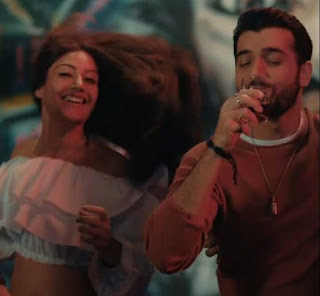 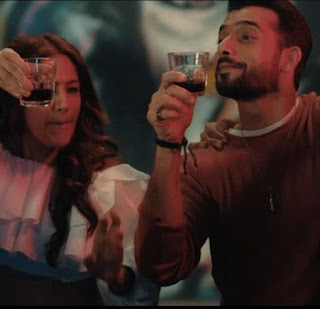 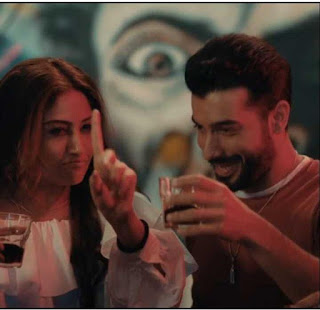 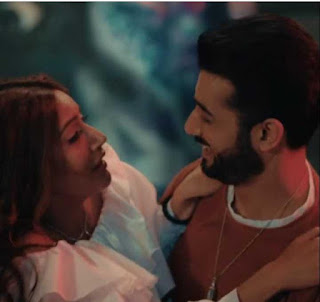 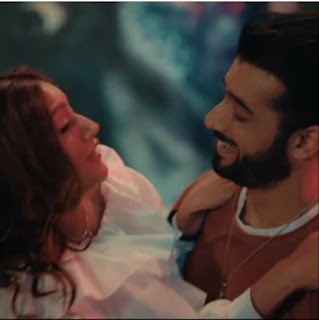 The next day they woke up from the floor remembering the drunk dance they had.They both giggled.

After the office hours,in Bani’s office they celebrated a colleague’s birthday.

Bani did not understand anything.

Bani thought:I had decided to close Purab’s chapter.But he himself proposed me.I can’t believe it.