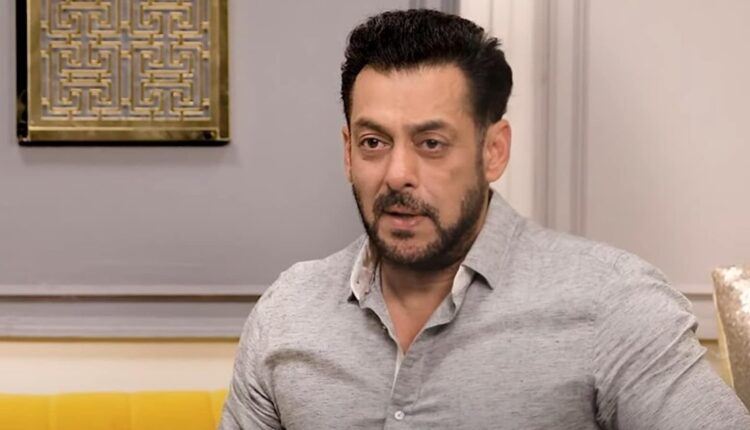 Salman Khan has a wife and 17 y/o daughter in Dubai?

Bigg Boss host and the Bollywood superstar Salman Khan’s life is pretty much an open book for all. The actor is not married and lives with his parents in Bandra, Mumbai. On the auspicious occasion of Bakri Eid, Salman and his brother Arbaaz are all set to entertain their fans with the release of the first episode of the much-awaited talk show Pinch By Arbaaz Khan.

Making a guest appearance on the season two premiere of his brother Arbaaz Khan’s talk show, Pinch, Salman Khan talked about the things which have always been a matter of interest and intrigue to his fans.

In the entertaining episode, Arbaaz put Salman in the spot by making him aware of his naysayers and trollers. One of the questions, presumably posted last year, suggested that Salman Khan has a secret family in Dubai, including a wife and a 17-year-old daughter.

Taken aback by the question, Salman came prepared to tackle such allegations. Reacting to the same he asked, “This is for who?”

When Arbaaz assured him that the comment had indeed been directed at him, Salman said in Hindi, “These people are very well-informed. This is all rubbish. I don’t know whom they’ve spoken about, and where they’ve posted. Does this person really think I’m going to dignify them with a response? Brother, I don’t have a wife. I live in India, at Galaxy Apartments, since the age of nine. I’m not going to respond to this person, all of India knows where I live).”

Well, a fierce allegation we must say…

Pinch By Arbaaz Khan Season 2 is the newest addition to his talk show which sees celebrities talking about many burning issues and come forward for healthy take on trolls too.