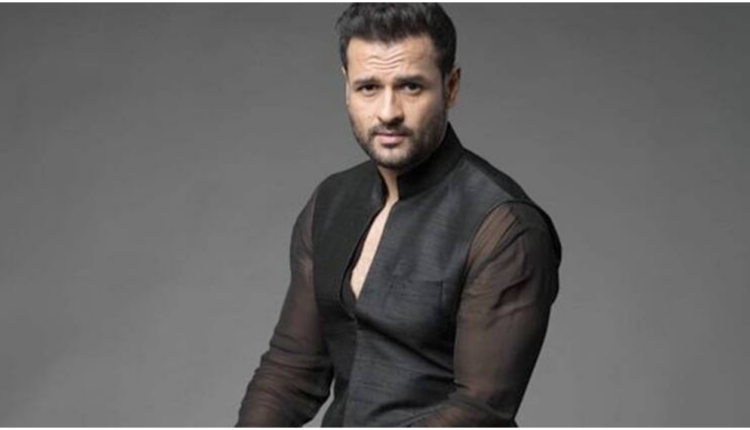 Actor Rohit Bose Roy who rose to fame with his role as Rishabh Malhotra in Swabhimaan (1998) is super excited to bag a lead role in an international film. The actor will soon make his debut on an international platform with Sam Bhattacharjee’s techno-thriller, IRaH.

Rohit talked about it during a recent interview and shared, “It is a British production, shot in London and the surrounding areas last year. IRaH is about artificial intelligence (AI). I am grateful that an actor like me, who doesn’t get offered enough central characters in India, got the lead role in an international film. When the makers approached me, I double-checked with them if they wanted me to play the central character (laughs!). They approached me after seeing my work, which was extremely gratifying.”

When asked about his role in the movie, he replied, “I can’t divulge too much. I play the creator of AI and have been given a different look. Though I was required to use very little prosthetics, it would take around three hours for me to get ready.”

Unlike other actors, Rohit feels that streaming platforms have now started the practice of chasing stars. He says, “Of course, the content is becoming diverse with the advent of OTT. However, in India, we still don’t cast according to characters, the focus is on roping in established names. If the makers are keen to work with a particular actor, a character will be written keeping him/her in mind.”
Rohit has been a part of the industry for 25 years as an actor. However, the actor is still more confident as a director. “I can be in doubt as an actor, but never as a director. I know my worth as a filmmaker. As an actor, I have been a good performer, but I have never thought of myself as a great actor. There’s only so much that I can do,” he shares, adding, “Of course, the actor in me helps add nuances and layers to characters when I write and direct, but the director in me takes precedence over everything else.”

Rohit was last seen in Sanjivani, on the small screen which wrapped up in March 2020. When asked about his plans for the TV, he said, “I would love to do TV, I am a product of television. So, I have never really given up on it. But, the point is to take up a show that I can be proud of. Television requires long-term commitment, and as of now, I don’t want to dedicate that much time to it unless the role is truly challenging.”

He added, “I really wish to partner with a channel that will let me do what I want to, but unfortunately, that doesn’t seem possible in the near future. After watching today’s TV shows, I feel that we are going backward. One person, channel, or production house can’t change the state of affairs. It has to be a paradigm shift where people start taking Indian television seriously. I have been told ki chhote shehron mein log yahi dekhte hain. People in metropolitan cities are not watching TV anymore because we are not catering to them. Well, I understand that there can’t be art without commerce. Having said that, TV could do a little better by offering a better mix of creativity and commerce.”