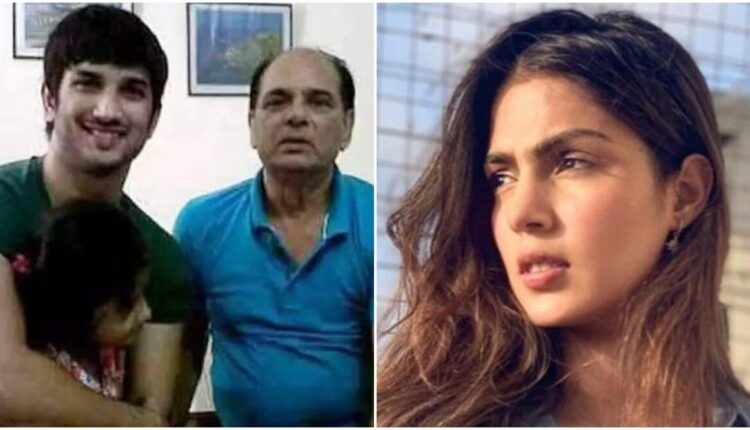 Actress Rhea Chakraborty is under the radar these days as she is the prime suspect in Sushant Singh Rajput’s death case. The CBI has registered an FIR against her and 5 other family members of Rhea and a committe has been setup to start an investigation too. However, recently her call details for the past one year have revealed in the media and the details which have come to light are more than shocking. The call records show that she was in regular touch with her family, Bollywood personalities like Mahesh Bhatt, apart from late actor Sushant Singh Rajput’s friends like Siddharth Pithani over the last one year, official sources said here on Friday.

The Enforcement Directorate on Friday grilled Rhea, her brother Showik Chakraborty and ex-manager Shruti Modi, and it emerged that the actress was also in contact with Sushant’s friends and some business associates as well.

Rhea had spoken to her father Indrajeet Chakraborty 1,192 times, her brother 1,069 times, but she spoke only 145 times with Sushant and four times with his sister Rani, but at least 287 times with the late actor’s house manager Samuel Miranda. Rhea had spoken 791 times to Shruti Modi, and also called up Sushant’s friends like Siddharth Pithani (100 times) and Deepesh Sawant (41 times).

Among Bollywood personalities, she spoke with her mentor and film-maker Mahesh Bhatt 16 times out of which 7 were incoming, 23 times with actor Aditya Roy Kapur and 22 times with talent manager Uday Singh Gauri.

She also called up a realty company 23 times in the past one year, besides making 4 calls and sending a message in June-July to Mumbai Deputy Commissioner of Police Abhishek Trimukhe, who is investigating the case.

However, of the two calls that materialised, one was asking her to come to the police station to record her statement and the other was the one she made to complain about threats on social media after Sushant’s suicide.

So how would you contemplate such information? Kya daal me kuch kala hai?

Divyanka Tripathi and Nakuul Mehta turn POETS; Whose Poem do you love more?