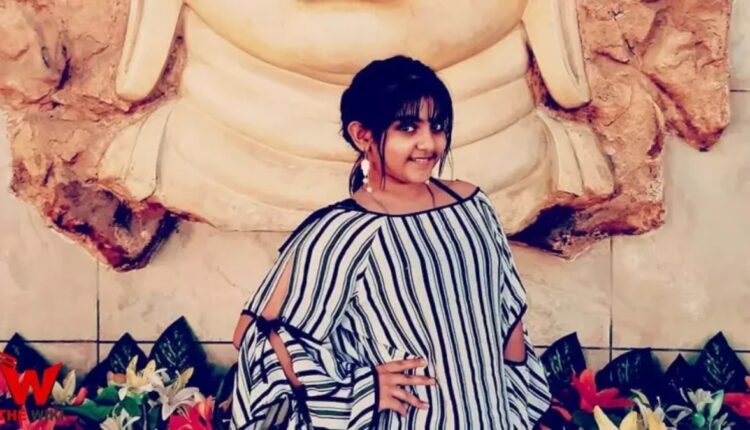 Arsheen Naamdar  is a popular face on television these days as she essays the role of young Avni. Post ‘Naamkaran’, Arsheen’s parents Aliraza Naamdar and Anuradha Kanabar, who play pivotal roles in Star Plus show ‘Saath Nibhana Saathiya’, asked her to focus on her studies, though she kept juggling some small projects for TV. Her short-films also did supremely well online and secured millions of views.

While Arsheen received a lot of fame in the young age, there is another front which is not known to many. She has been subjected to mental harassment on the school front. Arsheen is currently in her tenth grade and is a bright student in the school. Her school-mates are making things difficult for her by targeting and bullying her. It’s her crucial academic year and she’s going through a mental trauma because of the behavior of her school mates.

When a leading entertainment portal got in touch with Arsheen’s mother Anuradha Kanabar and asked her about the same. She said, “It has been happening since quite some time now. It triggered more recently when Arsheen made a project and put her picture inside. The students tore and spoiled her project and also destroyed Arsheen’s face from the chart paper. When complained, the teachers asked her to fix the project again and she assured her that the students won’t do it again. However, even after fixing the project four times, few students tore her project all over again. This behavior of excluding Arsheen and making her feel low has taken a toll on her mental health. She doesn’t feel motivated to go to school as she is subjected to irrational bullying and negativity. She’s in tenth grade and it’s a very crucial academic year of hers and I don’t want the same to be affected by this un-called for negativity”.

We asked Anuradha the reason behind students hatred towards Arsheen, she said, “I can’t figure it out. May be because they’re insecure as Arsheen has achieved a lot in this young age. Let me tell you, Arsheen is a very humbe girl and never boast about her achievements ever, but still she’s subjected to this kind of ruthless behavior. The management of the school states that they’ll look into the matter, however, there’re no actions taken against the students spreading hatred. The gang of students also spread hatred for my little child on social media”.

Well, this incident is a classic example of a celebrity paying the price of being in the showbiz. It brings into light that a celebrity can also face bullying, negativity, judgements and have to face them just like their onscreen characters. The difference is, there will not be a script and there won’t be a ‘cut’.