Naagin 4; This Race is between these Five actresses

Naagin 4; This Race is between these Five actresses

The extremely Popular Naagin series has been a very big success from all the way through and now it even has it’s very own huge fan base.

The supernatural show might have wrapped up in May but it left new hopes when the Makers decided to come up with a brand new season! And it was not long before they released the first official teaser of the fourth season.  Where one saw Takshika, Sumitra and Yamini’s powers combine leading a very very powerful naagrani on her way. But there was only a glimpse showing only the Naagrani’s back. The face was not at all visible. Just Like always the Makers have managed to not spill the beans and remained tight-lipped about the Cast & Crew. 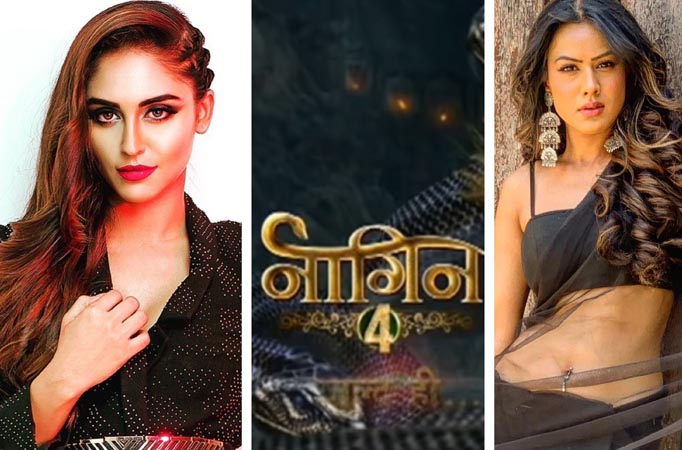 Well, this is actually a very tough question asked by many. It started back in June when rumours spread about the hottie Hina Khan roped in to play naagrani.   But when the Kasauti Zindagi Ki actress made her way to bollywood the Makers found themselves more and more work. Then Later in October, it was reported to be Krystle Dsouza and Nia Sharma who were approached for the show. The two actually get along pretty well and share a good bonding. They have also worked together in show Ek Hazaaron Mein Meri Behna Hai. Surprisingly, The Makers also released the second promo during Salman Khan’s show launch in September. This time it revealed two naagins walking in a hidden forest. They both know where the naagmani is and are back to avenge something together. You can check it out yourself on Naagin Producer Ekta Kapoor’s Instagram.

Many sources, such as Tellychakkar wrote “Nia, who had been approached for Naagin 3 as well, has politely declined the offer. This was actually false news which shouldn’t be paid heed. Actress Nia Sharma is really just unsure and taking her own sweet time to respond to the big question. While the Makers are wasting no time hunting for the actress who would play Nagrani. Soon later, Actresses Aalisha Panwar, Puja Banerjee and Pooja Bose were approached for the role but none of them chose to give the nod yet. So The competition is between the five actresses. Nia, Krystle, Aalisha and the other two Pujas. The big question is who will win the race? Now, all we can do is wait and see.

Who do you want to play Naagrani? Are you excited for the upcoming season? Do you think Surbhi and Pearl will be part of the fourth season?  Keep reading to find out.

8 Facts About The Rahul Sankrityayan