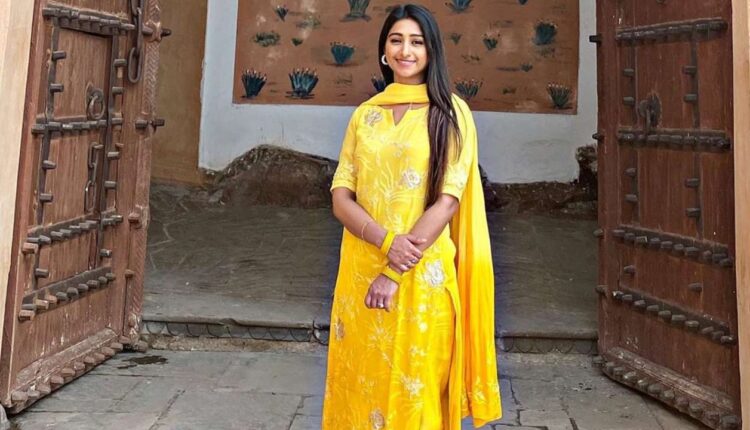 Actress Mohena Kumari Singh, who belongs to the royal family of Rewa. We have seen her charm on screen and now that she is not acting anymore, her fans follow her ardently to keep all updates on her life. Recently,  she took to social media to share her views on the ongoing ban in Bandhavgarh Fort. Mohena in the video says that there’s a conspiracy going on saying that elephants are present in the Fort. And because the animals can be harmed during fairs and processions, the government has put a ban on the celebrations themselves.

According to reports, there’s a ban on Janmashtami fair in Bandhavgarh Fort. The Janmashtami fair has been followed since 400 years. Now, officials have cited ‘presence of elephants’ in the Fort, and hence the ban.

Mohena in the video says, “We need permission to go our house (Fort), which requires a lot of struggle and at times it is not even but. But this time, it’s gone out of hand. During Janmashtami, the National park stays closed for tourists and devotees from nearby districts visit for the Janmashtami puja. But this time, the authorities have not opened the doors and have closed it saying there are elephants. Elephants are always in the forest. No devotees have ever caused any harm to the elephants. The devotees visit the fort once a year and they go. My question is, forest stays open for tourist. They buy tickets to see the animals and get a feel of the wildlife… Do the devotees now need to buy tickets to worship, make profits for you? When Kedarnath, Badrinath have landslide scare and devotees are allowed, but here there’s no such hindrance and still there’s a ban. How’s this fair? My brother Yuvraj Divyaraj Singh ji has sat on a protest outside the forest. I want my voice to reach the Madhya Pradesh government and we get a response. My late grandfather Maharaja Martand Singh donated the forest to the MP government. He would have never thought that his kids, devotees won’t be given access to the forest.”