Living in an illusion Part 3

Raghavendra was trying to wear his tie.

Siya was staring at him.

Siya:You are an adult.Still you can’t wear a tie properly?

Raghavendra:My parents passed away years back.So there was no one to teach me.

Siya went near him silently and put the tie properly for him. 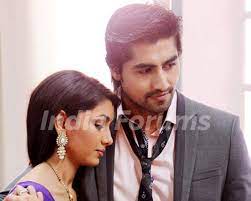 He smiled at her and nodded:Nothing.

Raghavendra,Siya,Arjun and Mishri went to Raghavendra’s home town for his engagement function.

Raghavendra and Siya were talking to each other.

Raghavendra:Thank you.I hope your lover Abhi is also handsome like me.

Siya:He is the most handsome guy.

Mishri and Arjun were watching them. 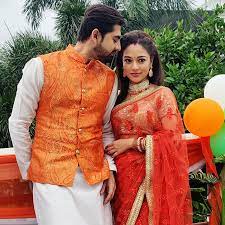 Arjun:But we need to accept the reality.Siya and Raghavendra are meant for others. 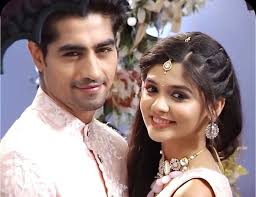 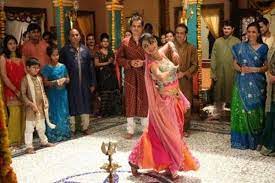 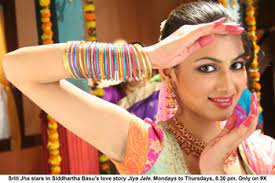 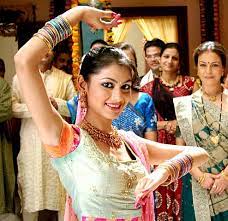 Raghavendra and Akshara were going to exchange rings.Suddenly somebody came and said:Stop it.

He:This engagement should not happen.Because this guy is a cheater.He is already married to his so called colleague.

He took his phone and showed the wedding photographs of Raghavendra and Siya.

Raghavendra:Who sent you these photographs?

Raghavendra and Siya were shocked.

Raghavendra:But it’s not like you think.It was a forced marriage.

Akshara:If it was a forced marriage,why Siya is still with you?

Raghavendra did not know what to say.

Siya:Please don’t misunderstand him.He is innocent.He is carrying me because I requested him to give me shelter.

Kareena:You don’t defend him.You are the one who came in between Raghavendra and Siya and broke their relation. 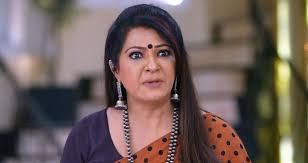 Siya:Please believe me.We are not a couple like you think.

Suddenly Kareena raised her hand to slap Siya.Suddenly Raghavendra held her hand stopping her from slapping Siya.Kareena was shocked.

Raghavendra:If you believe or not,the truth is that we are not in a romantic relationship.We have not cheated Akshara.But the truth is that Siya is my responsibility now.So I will not let anyone hurt Siya.So stay away from Siya.You have no right to slap this innocent girl.

Kareena:Akshara,did you see what Raghavendra did for this girl?Don’t get involved with this guy.We are calling off this engagement.

Raghavendra:Even I don’t want to get involved with you and your daughter Akshara who have no faith in me.I myself is cancelling this engagement.

Kareena and Akshara were stunned.

Arjun and Mishri at home…

Arjun:Poor Dr.Raghavendra!What’s happening in his life?Unfortunately his engagement also got stopped.I did a blunder by advising him to hide his marriage from Akshara.If he had revealed it to Akshara before she would not have disbelieved him and left him.

Mishri:Don’t think like that Arjun.What if this engagement got called off for Dr.Raghavendra’s better future?What if God did this to unite Raghavendra and Siya as they are better together?

Arjun:What are you saying Mishri?How is it possible when Siya is committed to Abhi?

Mishri:That’s also true.Anyways let’s see what destiny has planned for them.

Arjun:Yes…right.Only God knows what he has planned for Dr.Raghavendra and Siya.

Raghavendra and Siya at home…

Siya:I am sure that dadi only made the wedding pictures viral.Because she knew that you were going to get engaged.She wanted the engagement to get cancelled.

Raghavendra:I know that your lady Don dadi is behind it.

Siya looked at him emotionally.

Siya:You are upset as your engagement got called off.Right?It’s my fault.Because of me only this happened with you.I am sorry.

Raghavendra:I am not sad that my engagement is called off.It’s good that I did’nt get engaged to the girl who does’nt love me or trust me.So don’t blame yourself.Infact because of our forced marriage,I escaped from a girl who has no faith in me.I should thank your lady Don dadi for that.

Siya and Raghavendra smiled slightly at each other. 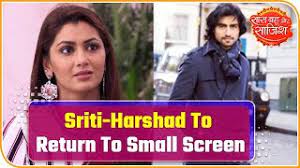 Raghavendra was sitting and thinking of how Kareena accused Raghavendra and Siya of cheating Akshara.

Siya came there with a plate of food.

Siya:You are still haunted by the happenings at the engagement venue.Forget it and eat food.

Siya took food in his hand and moved it towards his mouth:Eat.

He was surprised that she wants to feed him.

He took food in his hand and moved it towards her mouth. 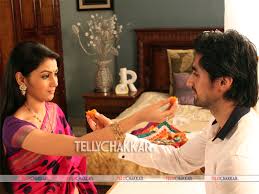 She nodded with a smile.

They both fed each other smiling.

Siya:The rain is so beautiful.

Raghavendra looked at Siya deeply and said:It’s very romantic too.

He imagined dancing romantically with Siya in the rain. 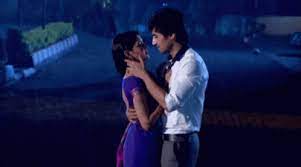 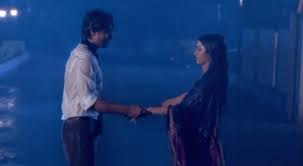 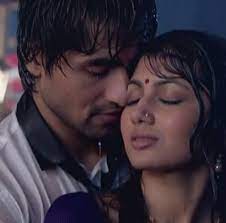 Suddenly he realised that he was dreaming.

He looked at her eyes and said in his mind:I realised that without my own knowledge,I have started loving your presence. I wish to live with you forever.

Siya went to her room and Raghavendra looked at her walking away with a smile.

Raghavendra and Siya went for shopping and kept the covers in the car.Suddenly he got a message. 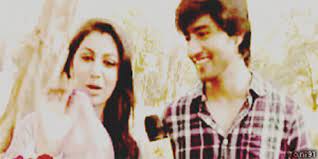 Raghavendra :If I have a girl friend do you have any problem?Are you jealous? 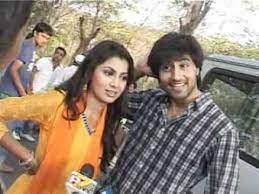 Siya:Why should I be jealous?

Raghavendra:It’s just a forward message from my friend.I have no girl friend.Now the only woman in my life is you.

Siya:I have a surprise for you.When we were in the shopping complex,Abhi had called me.He is coming to meet me tomorrow.Finally we are going to unite.I am so happy.

He struggled hard to control her tears.

He thought:Why should I be upset?Did’nt I know that Siya loves Abhi and not me?Still I started loving her and the result is heart break.So it’s my fault as I let my heart love her even after knowing that she belonged to someone else.

Abhi came to see Siya.Siya embraced him forgetting the surrounding.Both were very excited. 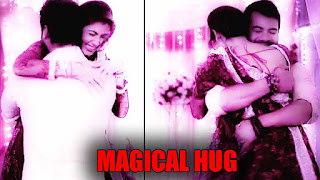 Siya looked at him.