Living in an illusion Part 1

A man got out of the train.He was Raghavendra.Suddenly his eyes fell on a woman there.She looked worried as if she was feared of something. 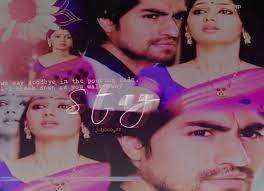 Suddenly he thought:Why am I even thinking too much about her?Since I am a psychiatrist,maybe I over think whenever I see a person upset.Leave it.

Suddenly the goons ran towards that woman.She got scared.She tried to run away.They ran after her and caught her.

She yelled at them:Leave me.I will kill you all.

She was forcefully brought to a big house.An old lady stared at her.

The young woman:Dadi,why did you send these goons to catch me?

Dadi:Siya!How dare you ask this question to Geetanjali Oswal?You tried to elope with your lover shamelessly and asking me why I send people to catch you?How can a grandmother like me tolerate my grand daughter eloping with a guy?

Siya:What mistake did I do?You are not letting me live with the person I love.That’s why I tried to elope with him.If these people had not caught me,I would have gone to my Abhi’s place.

Geetanjali:Stop it.Don’t utter that person’s name.I will never let you go away with him.

Geetanjali:Because he is not yours.I will find a better person for you.

Siya:You have a reason to think that Abhi does’nt match me.But I love Abhi and I will marry only him.

Geetanjali:Then listen…you can’t defeat Geetanjali Oswal.I will get you married to the man of my choice.

Some goons barged into Raghavendra’s room and caught him.

Raghavendra:What are you guys doing?Why are you taking me with you?

The goons did not say anything and took him to Geetanjali.Raghavendra was shocked to see her.

Geetanjali:Sorry.I had to do this.

Geetanjali:I want you to do something.

Raghavendra:What?But why to send goons?You could have sent me a message.I would have come here to meet you.

Geetanjali:If you had known why I called you here,you might have refused.That’s why I sent them.

Raghavendra:What do you want me to do which I will refuse?

Geetanjali:I want you to marry my grand daughter Siya.

Raghavendra:What?Why did you choose me for that?

Geetanjali:You were my son’s psychiatrist.That’s how we know each other.I know you quite well.So I think you are the best for Siya.

Raghavendra:Sorry.But I am already committed.I am going to get engaged to her.

Raghavendra:How can you say like that?How can I break my engagement to marry the woman I have not even seen?You have no right to order me.Understand? 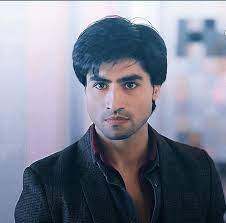 Suddenly Geetanjali took a gun and aimed at Raghavendra.

Raghavendra was shocked and scared.

Siya was brought there forcefully.Raghavendra was shocked to see her.

He thought:She is the same lady I saw at the railway station.Guess she was upset because of her Lady Don grandmother.

Geetanjali was holding the gun and threatening them.

Geetanjali:Get married to each other.

Geetanjali:I will not kill my grand daughter.But I will kill this guy if you don’t marry him.Do you want an innocent man to get killed because of you? 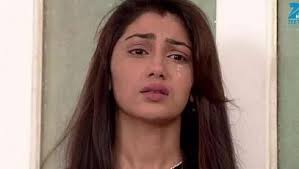 Siya took a garland and put it around his neck.

Raghavendra thought:She is so innocent to agree to marry me to save a stranger like me.

Immediately he put the garland around Siya’s neck.He filled her hairline with vermilion.

Geetanjali created fire with a match stick.They took saath phere too around the fire.

Geetanjali:Take her with you doctor and make sure that she does’nt elope.

Raghavendra could not open his mouth due to fear.

Raghavendra took Siya to his house.She was crying.

Raghavendra:Why are you crying?I am also a victim like you.Am I crying?

Siya:This is equal to death for me.Because I love someone else.