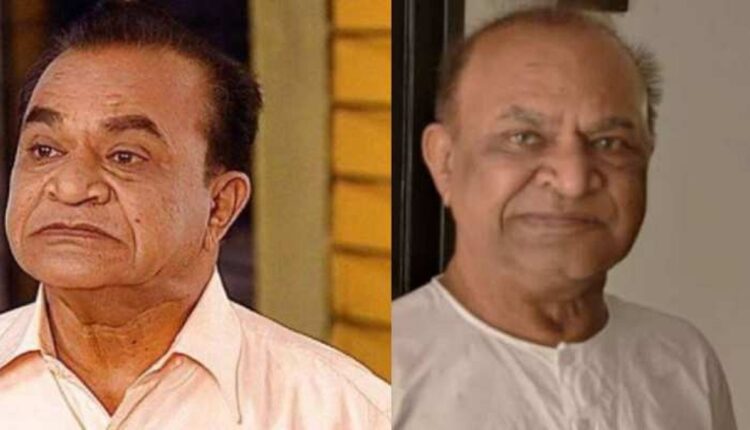 SAB TV’s comedy show ‘Taarak Mehta Ka Ooltah Chashmah’ has been making headlines for one reason or the other. NOw there is one important announcement which the makers have made today. The show  has got a new ‘Nattu Kaka in theatre veteran Kiran Bhatt.

Earlier the character of ‘Nattu Kaka’ was essayed by another veteran actor Ghanshyam Nayak. Sadly he passed away on October 3, 2021 because of cancer.

In an interesting anecdote it was revealed that Kiran and Nayak were great friends right from the time of their theatre days. Commenting on the same, Kiran Bhatt said, “It’s almost like the old Nattu Kaka is bringing in the new Nattu Kaka and I am glad to be doing the role of my dear friend Ghanshyam. It is a very emotional role for me and I hope to do justice to the role Ghanshyam excelled in, ever since the beginning.”

Asit Kumarr Modi,talked about the same to the media and said, “Recently as we inaugurated the new showroom of Gada Electronics, it still did not feel complete and something was missing. We had to bring Nattu Kaka back. The love that we have been showered with ever since we began in 2008 is immense and we hope that the audience embraces Nattu Kaka as he is all set to return to Jethalal’s newly inaugurated store.”

‘Taarak Mehta Ka Ooltah Chashmah’ is a daily comedy show, which went on air for the first time in 2008 and now is in its 14th year with over 3400 episodes.