Jhalak Dikhhla Jaa is returning on COLORS Channel with its 7th Season.

Show will be hosted by beautiful Drashti Dhami and dashing Ranvir Shorey.

Shakti Mohan: She is a winner of Dance India Dance reality show. Currently she is being seen in Channel V’s youth show, Dil Dosti Dance. She has appeared in several item songs in Bollywood movies as well. With the amount of dancing experience, she is surely one of the strongest contenders of this season.

Pooja Bose: She has done numerous movies, as well as TV shows. Currently, she is being seen in Life OK’s Devon Ke Dev Mahadev as Goddess Parvati. Will she be able to impress audience with her dance moves?

Kritika Kamra: Another television actress who is best known for NDTV Imagine’s Kitani Mohabbat Hai series and Sony TV’s Kuch Toh Log Kahenge. She has a great fan following. Will she be able to charm the audience with her dance?

Palak (Kiku Sharda): He is already entertaining the audience every weekend in show Comedy Nights with Kapil as Palak. Kiku has recently participated in Star Plus’ Nach Baliye and is now all set to join Jhalak Dikhla Jaa. He will be participating as Palak, so get ready for double-dose of comedy on Colors every weekend.

Sophie Choudhry: She is a British-Indian film actress and a singer. She has done number of movies with her last being Once Upon a Time in Mumbai Dobaara. Will she be able to win audience’s heart with her dance? 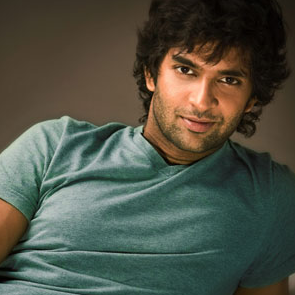 Purab Kohli: He is an India model, VJ, and film actor. He has done number of movies, and is best known for his performance in movie Rock On!! Will he rock the stage of Jhalak Dikhla Jaa?

Sukhwinder Singh: An Indian singer who is best known for super hit songs in Bollywood movies. Will he be able to impress the judges and the audience with his dance?

VJ Andy: He hosts the reality shows and has an ability to entertain the audience. He has recently participated in Bigg Boss, and hosted India’s Got Talent. He is now set to appear in another Colors’ reality show, Jhalak Dikhla Jaa.

Karan Tacker: He is a popular television actor, best known for his role in Star Plus’ Ek Hazaron Mein Meri Behna Hai. He also has a great fan following and is now set to show his dance moves.

Sreesanth: A cricketer who has always entertained people on-field and off-field. Recently he got into IPL spot-fixing controversy and is currently banned from cricket. Will he be able to entertain and win audience’s heart through his dancing skills?

Ashish Sharma: A very popular TV actor who is currently being seen in Colors’ Rang Rasiya where he plays role of a very serious soldier. He is now all set to show his dance moves on Jhalak’s stage.

Akshat Singh: He recently participated in Colors’ India’s Got Talents where he won heart of millions of people with his funny style dance. He also appeared in an American show, and is now set to show his moves on Jhalak Dikhla Jaa.

So, who are you most excited to watch in this season of Jhalak Dikhla Jaa?

Are you looking forward to Mumbai track in Saraswatichandra