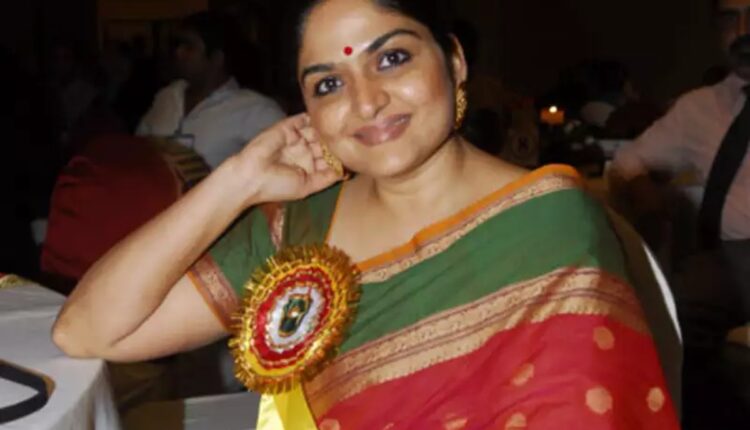 Indira Krishnan aka Vasudha on quitting Yeh Hai Chahatein: I was made to feel like a prop on the show

It’s often seen that the TV shows focus more on the young faces. Situations like these make it hard for seasoned actors to continue with their roles as they seek roles with an impact to quench their creative thirst. Indira Krishnan, who is known as Kumudini in Krishnadasi, although is well-versed with this situation but continues to look for opportunities to showcase her talent and versatility. And, that’s exactly the reason she quit the show, Yeh Hai Chahatein (YHC). She essayed the role of female lead’s mother Vasudha. She was unhappy with the way her track was shaping up and hence she decided quit the show.

In an interview with BT, she opened up about her reason to quit and said, “I was constantly in touch with the creative team and told them how unhappy I was with my track. It made no sense for me to drive all the way to Naigaon to be shown just standing or sitting in a corner. I did that for a couple of months, but it kept getting worse. Though I am the heroine’s mother, I have no involvement or interaction in the scenes. I was being underutilized. Initially, I shoot for 18-22 days in a month. It was then reduced to 15 days and eventually, to five days in March. I was just being called for functions and celebrations. There was nothing left for me to do in the show. A lot of times, I was made to feel like a prop. In fact, I was told by the team ki ‘ Aaj aapke dialogues nahi hain’. It is demeaning for a seasoned actor like me. So, after much deliberation, I decided to quit the show and put in my papers yesterday.”

She further adds, “Many of my co-actors, too, have expressed displeasure over their tracks, but they continue to work because it ensures a steady income, especially during COVID times. My friends in the industry and co-actors advised me against quitting the show because of the same reason. But I had to take this decision for my own sanity. I can’t interfere in the creative aspect of the show, but I can speak for myself as an artist who is known to be a strong performer.”

Indira admits that the decision to quit the show was not easy especially at a time when most actors are struggling to find work. “I value work and money, but I felt humiliated as an artiste. I understand that the storyline can’t always focus on you, especially when you are part of a daily soap. But I guess in YHC, there was never any track on me. It was more of a youth love story with cameos. I think I was wrongly cast,” she says, adding, “Another issue is that when you are working in a daily soap, even if you are shooting for just a week in a month, people assume that your dates are blocked. So, no one approaches you for another project. That’s another reason why I quit YHC. It was time for me to move on and look for something bigger. I would definitely like to associate with the same production house again for a better role.”