Home is Where the Heart is…Part 7

Ragini: Neil, when I see Rithik, I feel something strange as if he is a part of me. If we had our munna with us, he would be of Rithik’s age. 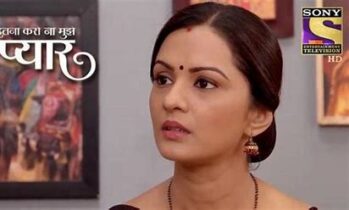 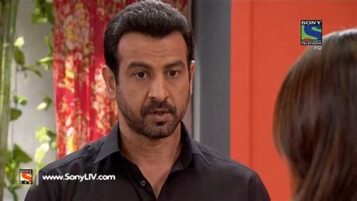 Neil: You need to forget some bad memories Ragini…

Neil: Why is she feeling like this? Rithik is Yamini and my son.

Rithik and Shivanya go to their home. Yamini sees them together.

Yamini: Shivanya, what is the special today? You look so happy. 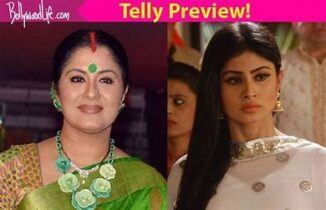 Shivanya: Aunty I met my bua.

Yamini is surprised. Rakhi, Veena and Suman come there.

Shivanya: In the walking area. She too lives here.

Shivanya: she and her husband shifted here 2 days back.

Rakhi: Two days back, Sonakshi and a doctor came to this apartment.

Veena: Yes, he is a doctor. We are family friends. He, his wife and my husband were very close friends. They stayed in this flat only. Then few years back they went to Canada, now they returned here.

Shivanya: Aunty, she is none other than my bua. Finally, I have some relations.

Rakhi: Shivanya, even we are all your relations. Call your bua and him here. We will have some party.

Veena: Yes Shivanya, call them. After my husband’s death, I lost their contact.

Suman: Does they have kids?

Veena: They had a son but he died during delivery.

Suman: This is curel.

Shivanya: They didn’t tell us this.

Rithik: You met them just now. So, they would have thought not to disturb you by telling these things.

Yamini is again shocked as she thought that Neil and Ragini hasn’t started their life and he is living with her memories. Hearing this her heart aches. She also worries if he will snatch Rithik from her. She decides to restrict Rithik from meeting Shivanya.

Yamini: Rithik, you come with me. We have an important office work.

Rithik greets everyone and leaves.

All go to their respective homes.

Rudy wakes up at morning and finds Preesha sleeping next to him in a cozy state. He gets shocked.

She gets up and blushes.

Preesha: I know Rudy that one day you will understand me. 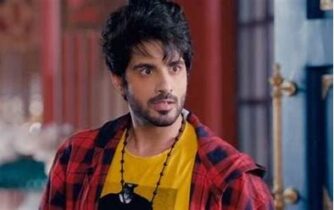 Rudy: Shut up, you used my illness as a reason to get close to me. Are you not ashamed to do this?

Preesha: Rudy, you are talking too much. 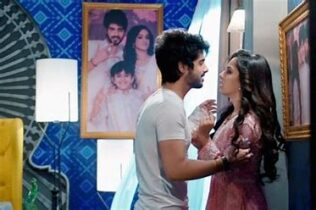 Rudy: I will talk like this only. You used me for your selfishness. You killed my baby and now…

Preesha: Stop it Rudy…. Do you know what happened during miscarriage?

Rudy: It’s not miscarriage…It’s an abortion due to your adamant nature. 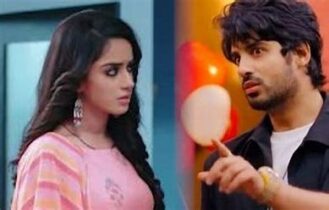 Preesha: Stop your rubbish. Listen to me now.

Preesha finds that she is pregnant and happily informs it to Rudy. Both are happy. But Preesha gets to know from reports that this is a risky pregnancy. A senior doctor advises her to abort the baby. But she hides this from Rudy. She just tell him that she needs to be extra careful and Rudy takes care of her well. Days go on. She gets tired more than usual. Senior doctor tells her that the situation got more complicated and she need to abort this baby orelse the baby itself will get aborted after 5 months as her ovary bag got very weak. But Preesha doesn’t loose confidence and she take care of her baby well. But one night, she gets a call from hospital as some emergency. Rudy forbids her to go in this rainy night. But she doesn’t listen him as it is her profession to serve lives. They both argue while walking in the rain. But during arguing, Preesha gets slipped and get injured. The baby gets aborted. During that time, her senior doctor is not present, so Rudy doesn’t know about complications. He thinks it as a Preesha’s mistake and hates her for that…

Preesha: If you don’t believe still, then wait.

She changes clothes and goes to cupboard. She takes all the reports and scan files and the messages sent by doctor and gives to Rudy.

Preesha: See this, even after all these prrofs, if you don’t believe me, then I can’t do anything. 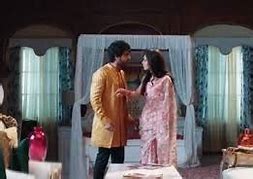 Rudy sees everything and cries!!!! 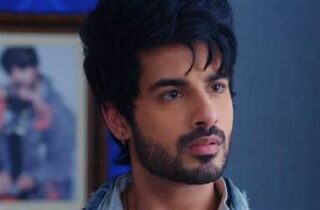 Ragini comes to the park and sees Neela. She too see her and gets angry.

Ragini happily goes to her.

Ragini: Neela, how are you? 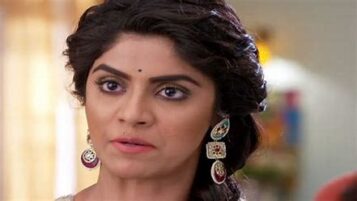 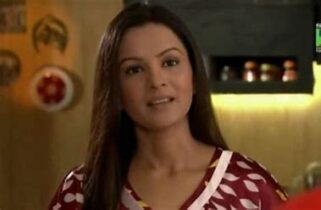 Ragini: Why are you turning your face that side?

Neela: Just go away from here. I have nothing to talk with you.

Ragini: Why are you telling like this? What did I do?

Neela: You don’t know what did you do?

Ragini: What? Oh, still you are talking about the past?

Neela: We can’t forget what you did to us. You snatched Yamini’s happiness.

Ragini: I didn’t do anything.

Neela: I don’t want to hear anything.

Ragini: I loved Neil and got married to him. What is a big deal in this? You are Neil’s friend too. So, you should support Neil.

Neela: You loved Neil but does he love you?

Ragini: We were close…

Neela: Friends…Just close friends. But Yamini and Neil loved each other truly. They even got married and started their life without telling anyone except me.

Ragini: I know these things, but I married him only after they got separated.

Neela: They didn’t get fully separated. They were just not talking with each other due to some misunderstanding. But you used that situation and made him drink and slept with him.

Ragini: Shut up Neela. Did you know what happened that night?

Ragini: I agree I loved Neil but he treated me as a friend. But after knowing he got married to Yamini, I genuinely moved on from him. But one day night, he came to my home in a drunken state. I pleaded him to go to his home but he didn’t listen. It was a rainy day.

Neil: Ragini, you are too good. Why didn’t I fall for you? If I had fallen for you, we would have been a happy couple.

Ragini: Neil, don’t talk like this. Even you and Yamini are a good couple.

Neil holds Ragini and pulls her towards him. 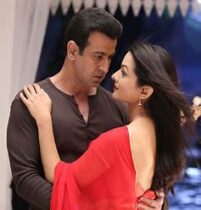 Neil: No Ragini, we are not good as well as we are not happy. We had constant fights due to our professions and also, we are having just secret meetings. And now, she became pregnant due to some other guy.

Ragini: Neil, please leave me. You are not in a good state. You sleep here, I will go. 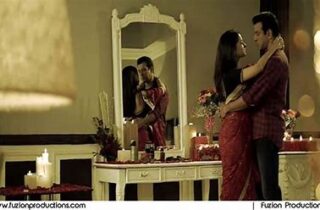 Neil: Look at the mirror, we look perfect for each other.

Ragini’s heart gets melted as she still love Neil a lot. 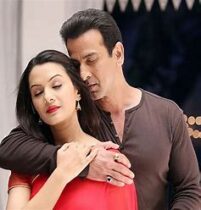 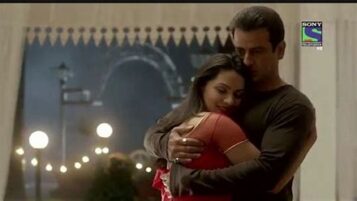 They both get intimated!!!!! 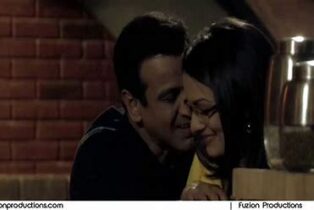 The next day, seeing this Ragini’s father gets angry. Even Neil is shocked but he remembers what he has told Ragini and also the betrayal of Yamini.

They both marry on the same day. Neela and Yamini are shocked to see them together when they reach the apartment.

Neela: You may tell anything you want, but legally Yamini is Neil’s wife and they both have feelings for each other.

Yamini decides to speak with Neil not to snatch Rithik from her and goes to his home. She sees the place and thinks of their happy days.

She rings the bell. 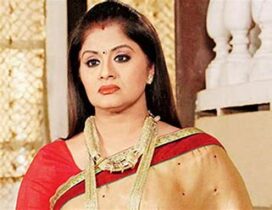 Neil: Yamini, what a surprise, come in.

Yamini sees the house and says nothing has changed.

Neil: Not just the home, even the people didn’t change.

Yamini: Ok, I came here to tell you to leave Rithik with me. Please don’t snatch him. I can’t bear his separation from me.

Neil: No Yamini, I won’t snatch him.

She is about to leave but she slips. Neil holds her!!!!

They both have an eyelock.

Ragini comes and sees this. She gets shocked!!!! 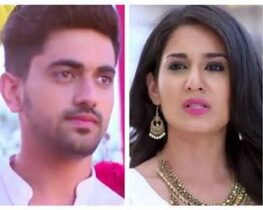 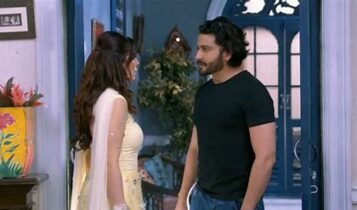 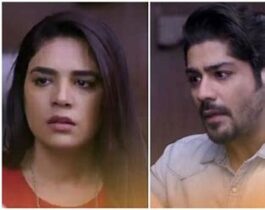 Sameer: Yes bhai, it will be good.

Rishabh: Ok then, I’ll inform everyone in the whatsapp group to assemble at evening.

Preetha: Shall we also join?

Karan: Preetha madam, do you the spelling of cricket?

Preetha: Shut up, I know everything.

Janaki: Oh, you both stop your tom and jerry fight.

Preetha: He only started first.

Sonakshi: I have an idea. Let’s have boys vs girls. It will be more fun then.

Rohit: It’s not acting like in your TV serial. You have to play in real.

Sona: I know how to play, you be quiet.

Neil: Avni, think before you accept.

Srishti: We are ready….

Sameer: Ok then the result of the match is already known. We are going to win…

The boys and girls argue cutely!!!!

Precap: Funny cricket match starts…. Janaki gets hurt during the play, Rishabh treats her…. Sonakshi and Preetha hits runs ferociously…. Rudy proposes Preesha…. Neela gets to know a secret which shocks her….