Abir is working at his office.

He gets a call and gets shocked.

Abir:Tina, manage work here. I will be back.

There is a group of protesters assembled in front of hospital. Media is covering the footage.

Abir reaches hospital and gets hyper seeing the situation.

Mishti: it has been almost a hour. They are accusing us of denying treatment for a woman.

Abir: which doctor did this?

Mishti:we all are from the morning shift. We have been contacting others. They all are denying the fact.

Abir:wait,let me check the footage.

Mishti:Abir… we should inform police, they are turning harmful.

Mishti follows Abir to his cabin.

Abir:wait,let’s see if we can handle.

Mishti nods. They check the footage.

Abir:we didn’t came across any such incident.

After a couple of minutes,

Sister comes running towards Mishti. Sister panickingly informs her something. Mishti runs towards the entrance.

Mehul has come seeing the news reports… Mehul has been attacked by the angry mob. Abir has get into save him.

Amid the fuss, Mishti too enters… 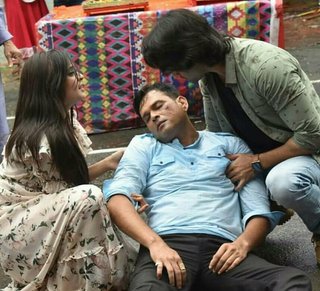 Abir hugs Mishti and Mehul in between his hands. Mishti cries as Abir gets all the slaps from the mob.

Police arrives and makes the protester’s away.

Staff bring stretcher and Mehul is taken in.

Mishti takes Abir. She tends to his wounds.

Mishti:are you out of mind? You should not have done this. What if something wrong happened?

Mishti is sobbing throughout 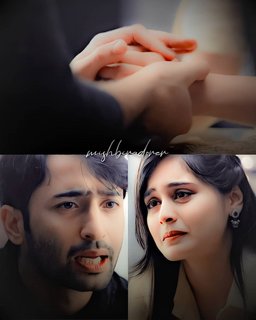 Abir takes the cotton wipes from her and tends to her wounds.

Abir:even you couldn’t hold back.

Mishti:I can’t stay when my loved ones are hurt.

They look at each other.

Sister: Mehul sir is out of danger. Please relax. 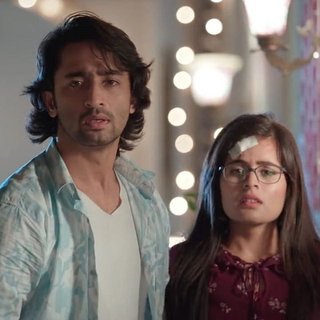 Abir smiles and Mishti hugs him…

Mishbir goes to see Mehul, they see him unconscious.

Mishti:it hurts more when you cry… 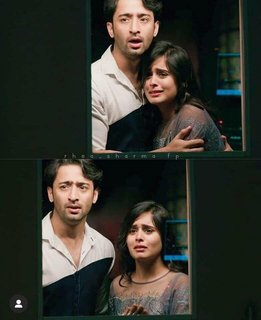 Abir wipes his tears and smiles…

Mishti: your smile exist because of me,right?

Doc:any one of you can enter and see him…

Mishti notices policemen at the cabin.

Kaushal is talking to them.

Kaushal:they are saying about arrest.

Mishti:for what? They have attacked us.

Police:they already had complained about the incident. So please call the Hospital MD.

Mishti:but what can we do?

Mishti:sir,I am the MD. I will come with you.

Mishti:I can’t let Abir to go as he is injured,papa is unconscious. So it’s better for me to leave with them.

Kaushal:No, i can’t let you.

Mishti:talk to lawyer and arrange for bail. I know I don’t need to stay there longer.

Kaushal tries to stop. Mishti is taken away, Abir is with Mehul.

Abir searches for Mishti after sometime…

Abir shouts at Sister’s as they are not saying anything.

Kaushal: she has gone to police station. 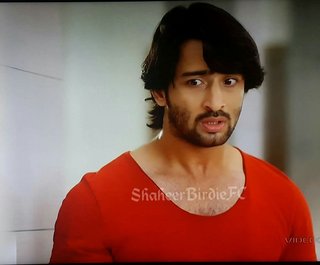 Abir shouts: how can he left her with them?

Kaushal shouts him to stop.

Mishti cries as she hears his sound.

Abir stands outside the station. 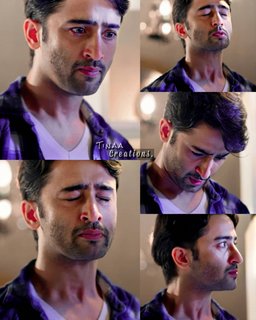 The bail her out. 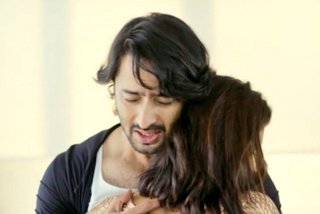 Abir:How can you keep her inside the lockup? She is not proven guilty,right?

Mishti holds back Abir from shouting.

Mishti sits in the driving seat,

Abir: what do you think of yourself? I will drive. You are scared to drive? 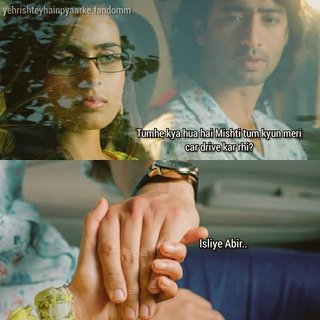 Mishti looks a him.

Abir: you decided yourself and did what you want.

Abir gets silent after sometimes…

Mishti: can I talk now?

Mishti:I decided myself, but I have thought of everyone. You will not be able to leave Papa alone. Then, even if can’t let Kaushal uncle.

Abir:why are you driving my car?

Abir:what about you? You was also injured.

Mishti: I am okay with it.

Abir:I can’t afford to lose you!

Mishti:I am sorry, I took this decision alone.

Abir: me too sorry, I got angry on you.

Mehul has been shifted. The protest have been calmed down.

Abir and Mishti is left alone to take care of Mehul.

They are spending time together.

Abir is still a little angry on Mishti…

Abir: we have been talking for so long.

Abir:come on sweetheart! Say anything random.

Mehul:I will ask something, what will we name your children?

Mishti smirks at him. 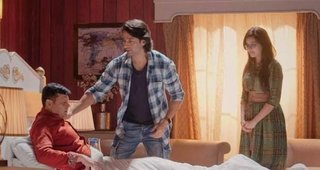 Abir: I will say rhea?

Mishti: not so good.

Mehul:right, not so good taste.

Abir: DIL and FIL are cheating. I am going.

Mehul and Abir is sleeping. Mishti is awake.

Mishti goes out to talk.

Mishti:Mehul uncle is better. I think to discharge within two days.

Kuhu: what about you? You have been stressed so much. 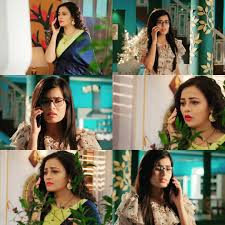 Mishti:it’s not an difficult task for me.

Kuhu:does the case got solved?

Mishti: someone has filed a case to defame us. There is no evidence,so case is getting closed. Medical council checking is the last procedure. Then, everything fine.

Mishti:first tell me, then I will think.

Kuhu:you are too stressful and exhausted. So come home for some days to relax . How can you take so much stress? Just listen to me.

Mishti:you knew that I will never listen to you. Family should stand together at the time of difficulties. I have decided to share their sorrow, happiness and everything.

Mishti:if by chance you get married in the future, you will understand.

Abir gets touched by Mishti’s act as he was watching her from a distance.

PRECAP:ABIR GETS CONCERNED FOR MISHTI.

Thank you dears for the love and support…