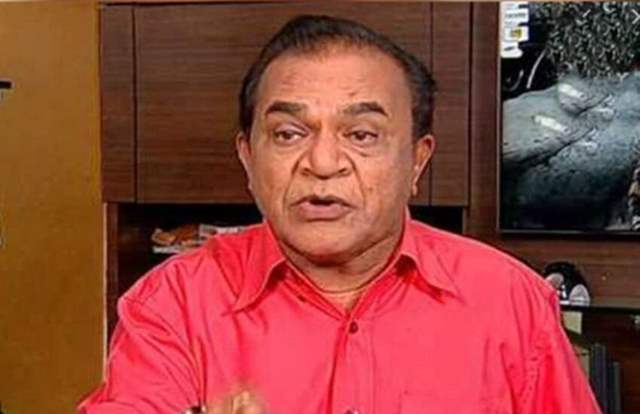 SAB TV’s ‘Taarak Mehta Ka Ooltah Chashmah is one of the popular shows on TV. It has been running on air for a very long time now and has an amazing fan following. All the characters of the show have become household names, and one such loved character in that lot is that of Nattu Kakka. Recent news suggest that actor Ghanshyam Nayak aka Nattu Kaka is not keeping well and has been hospitalized.

The actor wasn’t feeling well for the past few days has been hospitalized and is under constant observation. According a leading portal, he developed uneasiness in the glands of his neck and he will undergo a surgery for it tomorrow. A few days ago, he was detected with a lump in his neck, and the doctor advised surgery.

As for his work, due to BMC’s guidelines, he was unable to go to work but now that shoots have begun in full force too, he can’t resume work till the time he gets well.