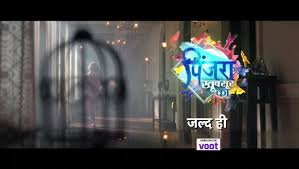 Post the lockdown, Many shows are started to telecast fresh episodes on their respective channels to keep the viewers glued to the screen.

Ishq Mein Marjawan and Anupama are the two new shows that were launched last week post the lockdown.

Colors TV, now released the promo of its new show Pinjara: Khubsurti Ka. The promo hints about a beautiful girl (unrevealed face) who is dealing with some problems in her life.

Have a look at the promos,

The TV show is produced by Sourav Tiwari under Parvin Multimedia Private Limited. Also, there are many talented actors who are roped in this TV show.

The show is most reportedly started the shoot by last week July 15th. Many are claiming that the actress shown in the promo is Tejaswi Prakash Wayangankar. There are some reports states that Shivangi Sharma or Bhoomika Mirchandani might be the female lead of this show

There is no official statement from the channel about the cast.

Actress Jaya Bhattacharya will be playing the role of the mother of the main lead.

Television actors such as Sahil Uppal and Manoj Varma will be seen in this show. Sahil Uppal was the last scene in Shakti Astitva ke Ehsaas ki and Ek Srinagar: Swabhiman. He will be making his comeback on screens after a long time.

Sahil Uppal will be playing the male lead role in the show. According to reports Sahil Uppal also mentioned that he auditioned for few more TV shows during this lockdown.

Pinjara Khubsurti Ka will have a very interesting story line. Complete details related to the starting date will update on the page very soon.