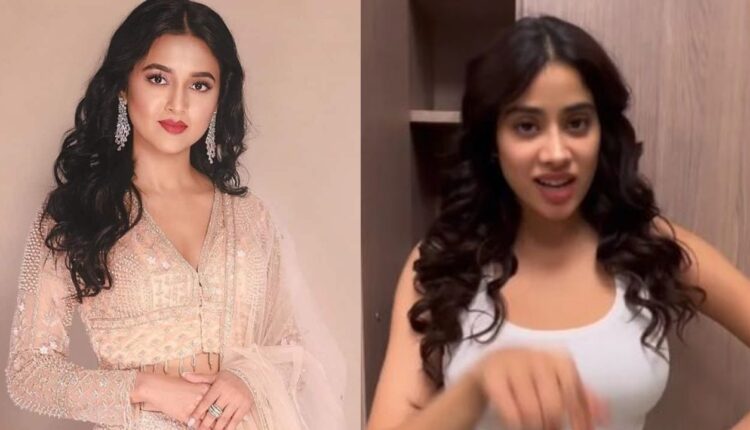 Bollywood actress Janhvi Kapoor is quite a pro when it comes to social media. The actress is super active on her social media accounts and keeps sharing interesting pictures and videos for her fans and followers.

Janhvi recently shared a hilarious video on her Insta account where she can be seen imitating television actress Tejasswi Prakash. In the video, Janhvi is satisfying her midnight cravings while she imitates Tejasswi’s character Kaira from Naagin 6.

In the video, Janhvi is seen binging on some chocolate. When she was caught by her friend she recreates Tejasswi’s midnight walk dialogue from the show. She captioned the post as, “Jab midnight cravings wali walk ke beech koi tumhe pakad le”. For the unversed, the scene originally had Mahek Chahal and Tejasswi Prakash in it.

Check out the video here;

The producer of the show, Ekta Kapoor commented on her post and wrote, “Ded😂😂😂 if kaira had a twin or shesh nagin pratha had shape shift avtaar woth sugar cravings.”

Tejasswi is currently essaying the role of Kaira in the show who is shown to be a foreign return and has an accent.