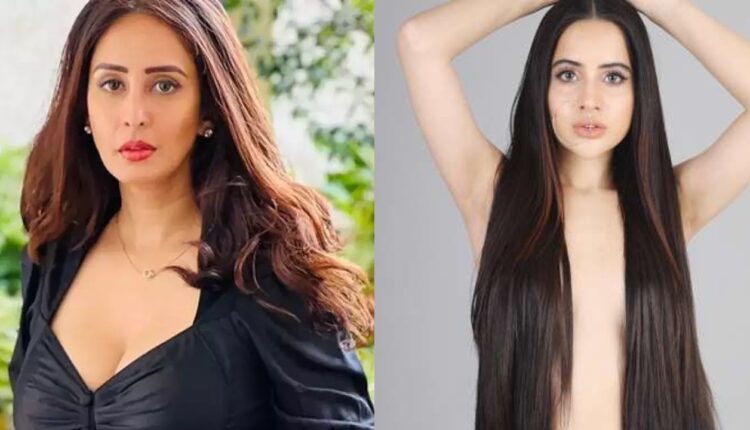 Urfi (Uorfi) Javed manages to remain in the news one way or other. Urfi who is garnering a lot of attention on social media for her quirky outfits and offbeat fashion sense recently had an ugly face-off with Chahatt Khanna on social media.

Chahatt recently commented on one of her outfits and wrote, “Who wears this? And on what streets? I mean anyone would remove their clothes and media makes them a celebrity? Is Indian media so vulnerable? It’s easy to buy this cheap publicity and media. This cheap show you all are promoting to our generation, anyone would pay for spotting and do anything or even go nude and you’ll carry? This is obnoxiously sad. God bless you with some wisdom (sic).”

Urfi was in no mood to ignore the comment and she hit back at Chahatt and wrote, “At least I don’t buy followers! Also if you would do your homework, I was there for an interview which is none of your business, you are just jealous that even after paying the paps they are not covering you. @chahattkhanna also whatever anyone does on this earth is none of your business, why didn’t you upload this story for Ranveer Singh? Shows your hypocrisy. See I didn’t judge you for two divorces, dating way younger men so why judge me? (sic).”

Urfi further wrote, “At least I earn my own money not living off my two ex-husbands’ alimony. Chahatt Khanna I ain’t coming to you judging you love your life. IDK what these aunties have against me (sic).”

This led to a war of words. Chahat hit back saying, “I don’t need to be part of this drama but its essential to let my followers know, people talk and few bark a lot, but people who know me they know i’ve worked hard to come here and achieve a lifestyle and not alimony, pls go check records first before talking, havent taken a single penny ever, also my divorce could have been easily targeted, everyone knows about this, but people with class would never do that, also im not expecting class from classless people nor paid media (sic).”

Now during an interview with BT, Chahat talked about the matter and said, “Nothing actually happened, just that it was getting really tough to tolerate this nonsense happening since months on social media. So I finally spoke about it, and she replied in her level of class.”

Mohit Malik on his bond with Khatron Ke Khiladi co-contestant Kanika; says, “Kanika and I are very similar, our thoughts and wavelengths match perfectly”