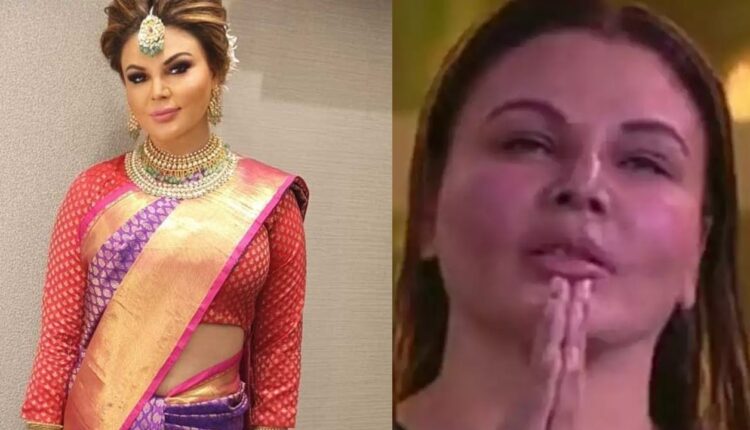 The recent episode of Bigg Boss 15 finally got its top six contestants of the season after the conclusion of finale task. As a result, Rakhi Sawant has to bid farewell to the show.

Bigg Boss announced the top scorers of the last task of the season where Nishant Bhat topped the scores followed by Karan Kundrra, Tejasswi Prakash, Pratik Sehajpal, Rashami Desai, and Shamita Shetty. Rakhi Sawant scored the lowest on the basis of the marks given by the live audience.

Bigg Boss praised Rakhi for her efforts in the show and announced her eviction. He said that maybe the audience doesn’t want her journey to end on the show ever, which is why they don’t want to see her win.

Rakhi got teary-eyed after listening to Bigg Boss’s kind words, she hugged everyone and thanked all the contestants for loving and supporting her.

Rakhi Sawant who entered the show as a wild card along with her husband Ritesh witnessed a fair share of turbulence during her stint in the show. Rakhi was the first contestant of the season to get the ‘ticket to finale’.

Shweta Tiwari responds to the recent controversy; says, “It has been completely misconstrued”