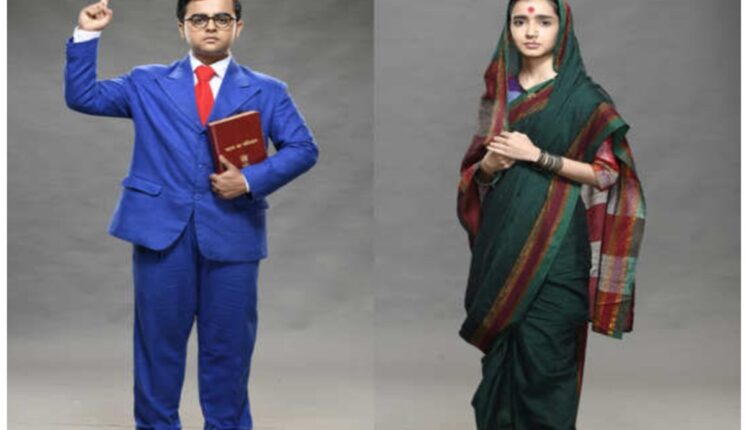 Atharva Karve and Shravani Abhang roped in to play Bhimrao and Ramabai in ‘Ek Mahanayak Dr B. R Ambedkar’

The storyline of the popular show Ek Mahanayak Dr BR Ambedkar will transit to a new phase with Atharva Karve roped in to play young ‘Bhimrao Ambedkar’ and Shravani Abhang as ‘Ramabai Ambedkar’.

In an interview with BT, speaking about essaying the role of Bhimrao Ambedkar, Atharva Karve shares, “It is an honor to be chosen to play a character of an inspiring leader of all times, Dr B.R. Ambedkar. I always wanted to essay this character, and it is a dream come true for me. Babasaheb’s life and legacy have been an inspiration for many. His list of talents and accomplishments is incomparable, a great thinker, a leader, a social reformer, a thorough nationalist and economist, and most importantly, the founding father of the Constitution of India. Dr B.R. Ambedkar was a leader par excellence and whose legacy is unparalleled. No other personality of his stature could measure up to his contribution to society. Portraying a character of this stature is a big responsibility, and it is a big moment for me.”

Adding further he said, “Dr Ambedkar’s books and works have deeply inspired me. I have grown up reading a lot about him. I never thought that I would get an opportunity to be a part of a show and play Dr Ambedkar himself one day! I am reading in-depth about his life and legacy to grasp as much information about him. From various articles printed about his practices referring to his biographies written by multiple authors, we also have an eminent researcher on board who has been prepping me a lot about Dr B.R. Ambedkar. Besides reading, I also try to watch various documentaries made on him in my spare time. I am excited about this new phase and eagerly looking forward to the audience seeing and accepting me as their Bhimrao Ambedkar.”

Talking about her role as Ramabai Ambedkar, Shravani Abhang also shares, “I feel lucky to be chosen to portray Ramabai’s character. It is a delightful experience to play this powerful character. Ramabai Bhimrao Ambedkar has been one of the greatest inspirations for the doyen of social justice Dr Bhimrao Ambedkar. There is very limited information on Ramabai. Therefore, through the medium of this show, the audience will get to know much more about her and the role she played in Babasaheb’s life. Ramabai Ambedkar is one of those women who silently stood resolute in rendering support to Babasaheb. She was a symbol of humility, resilience, and compassion. There is so much to learn from Ramabai Ambedkar. I am truly honored to be given this opportunity to play this role and be a part of such an inspiring show.”

Ek Mahanayak Dr B.R. Ambedkar has climbed the popularity charts in a short time and has become the audience’s favorite show .

Bollywood actor to join the cast of Anupamaa?