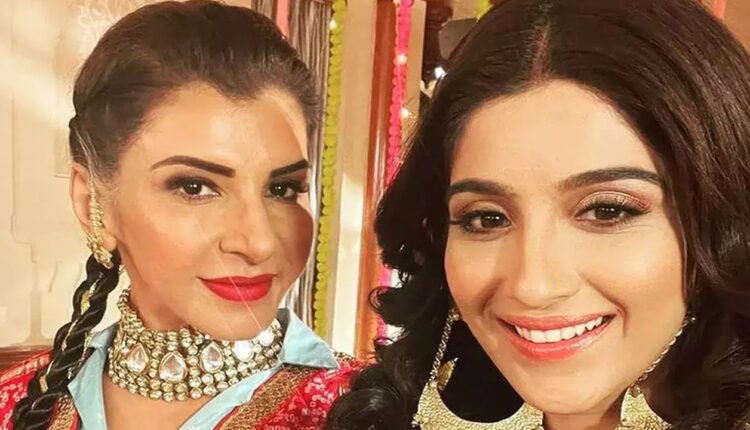 Anita Raaj returns to the sets of Choti Sarrdaarni

Actress Anita Raaj, who is known for her role of Kulwant Singh in the popular tv show Choti Sarrdaarni is now back on the show. The actress recently joined the cast to reprise her role of Kulwant. In an interview with ETimes TV she talked about it and shared, “I’ve missed playing Kulwant Kaur and the show more than anyone else did. The character is very close to my heart and I’m glad to know that the audience also missed me. The moment Nimrit and I met on the sets we did not leave each other for 10 minutes. We were inseparable. I was in touch with Nimrit in the last 2 months even when I was not a part of the show. The bond is unbreakable and it is going to stay like that forever. When she joined the show, I remember she was very raw, new and now she has become such a good actress. She has grown so much as an actress. I’ve always been in touch with her and the mother-daughter bond that people see onscreen will always be there, I want it to be the same way. I am looking forward to working with Sehar,”

She adds, “I’ve been born and brought up in Mumbai but we never spoke Punjabi in our household. Having said that, when you are Punjabi, you get that accent automatically. Luckily, the actors who played my sons Bittu and Rana, Avinash Rekhi, are all Punjabi. I got all the help from my actors to get that language right. I have always lived in Mumbai, so I was not aware of that accurate accent. I know how to speak Punjabi but they all helped me. Even Dolly Minhas ji, who has worked in Punjabi movies also, helped me. They are from the core of Punjab and they helped me. The credit goes to my onscreen kids.”

Bigg Boss 15: Ieshaan tries to clarify that he is “straight” while Rajiv warns him and says, “Mera Muh Mat Khulwa”