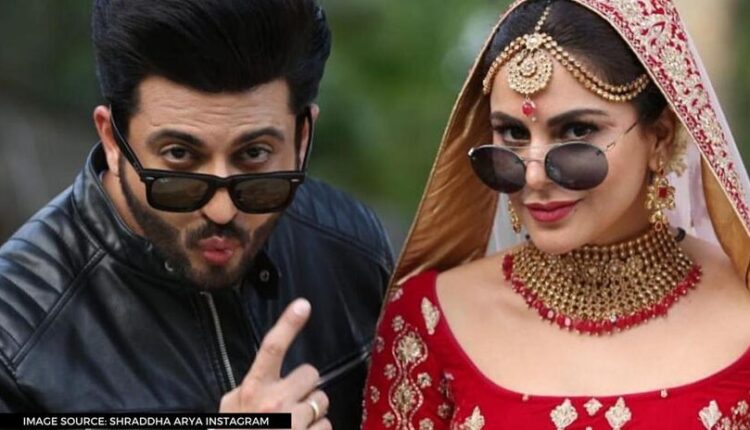 Resuming the shoots in the middle of a pandemic has led to an increase in the insecurities of people. One one hand there are some actors who don’t support the resumption of shoots. And on the other hand there are some who were kenly waiting for the shoots to resume. Nevertheless, a major chunk of shows has resumed work but there have also been multiple news about how several actors are not continuing to be a part of the show anymore owing to COVID-19 scare.

One of the leading shows in that mix of shows is the usual TRP topper, Kundali Bhagya. And while it can be a different experience for everyone else, it was indeed a mixed bag of sorts for the leading lady, Shraddha Arya aka Preeta. In an interview with a leading entertainment portal, Arya opened up on length about what her feeling about resuming shoot is and how is she dealing with it. She said, “It was overwhelming to be back on the set and I can’t really express in words how I felt on the first day. I missed shooting a lot. A lot of things have changed now, but we have a very efficient team. And we are taking all the precautions, but halka sa darr bhi hai dil mein (a little scared in my heart). I want to shoot, but also want to be safe.”

Not just that, but she opened up on how it is difficult to be wary of each other and remind themselves of doing the same. She said, “So it was my first day on the set and I saw Dheeraj (Dhoopar, her co-star) after almost a hundred days. I just wanted to pull his cheeks and hug him, but it was as if something was stopping us. Hawa mein high-five de rahe that (we were high-fiving in the air) because obviously we had to maintain social distancing. Well, that’s the new normal. I hope it all gets better and we can hug our loved ones really tightly very soon.”