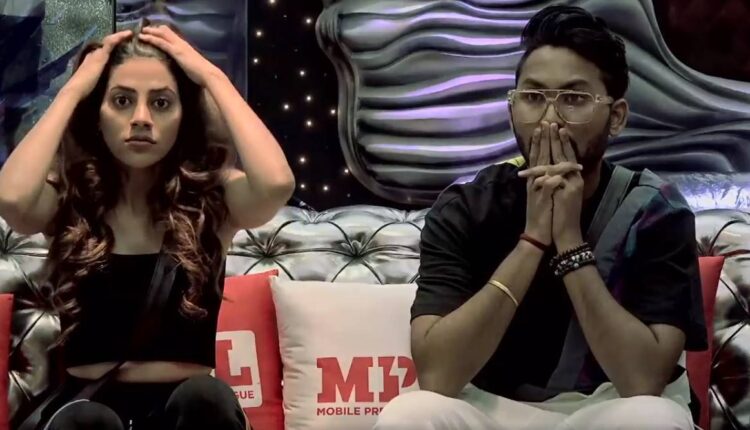 Bigg Boss 14 house may have many rules, but this season no matter how many rules are made, the scene shifts like everyone’s mood and it surely adds lots of spice. While a lot of planning and plotting goes into the controversial reality show, the contestants are often left stunned, when Bigg Boss ‘turns the game.’ And this season, the only thing which is being said again and again is, ‘Ab Scene Paltega’. Today too a ‘shocker’ will turn tables upside-down.

The makers have revealed a ‘shocking and unanticipated’ new promo of BB 14, that will alter the dynamics of the BB 14. As we heard Salman Khan say that tonight one contestant will get evicted, we were all waiting for the name to be revealed.  The suspense around this week’s elimination was already high, and now everyone is in for a shoch when it got revealed that there is not one but two evictions waiting this week. Yes, you read that right! It is time for ‘double eviction’ on the Salman Khan hosted show. In the promo, Bigg Boss informs everyone that two contestants will be exit the show, leaving everyone stunned.

Not only this, apart from public voting, the green zone contestants will also vote against the nominated ones – Kavita Kaushik, Rubina Dilaik, Nishant Singh Malkhani, or Jasmin Bhasin. One-by-one, Rahul Vaidya, Nikki Tamboli, Eijaz Khan, Pavitra Punia, and others will go to the confession room to cast their vote against the nominated contender they no longer want to see in the house. What a turn of tables, right?

Who do you think will be voted out?