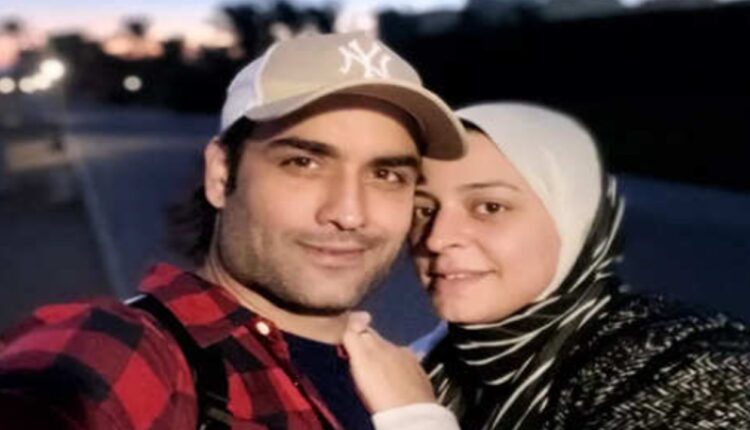 Vivian Dsena opens up about his love life; “I am in love with Nouran Aly”

Vivian Dsena who got divorced in December 2021, has found love again. According to a report by BT, the Sirf Tum actor is in a relationship with Nouran Aly, a former journalist from Egypt. Vivian and Nouran have been together for four-and-a-half years.

In an interview with BT, Vivian talked about it and shared that his failed marriage is a thing of the past, and he is looking forward to tie the knot with Nouran. He said, “Yes, I am in love with Nouran and we are planning to settle down very soon. We first interacted around four-and-a-half years ago, when she contacted me for an interview. I made her wait for around three months before giving my nod to it. Later, my management team called her for work in Mumbai and I met her here. We started off as friends but fell in love quickly. I think it took me only a month to realize that I was in love with her.”

Vivian confessed that he couldn’t help falling in love with the charming journalist. He shared, “She has a lot of patience and perseverance, which is much needed with me (laughs!). While I admire those qualities about her, it was her honesty that attracted me the most. It is an extremely rare quality in today’s time. I feel fortunate to have Nouran in my life. In fact, I was looking for a girl like her to settle down with. Maybe, she also likes a thing or two about me; that is why she is ready to make the mistake of spending her life with me (smiles).”

Nouran also added to the conversation and shared, “I have been in love with India since childhood. People in Egypt idolise Indian celebrities. I have lived most of my life in Bahrain and so, I know many Indians and have also been exposed to Indian culture. It was my love for the country and its actors that made me pursue an interview with him. He was supposed to come to Egypt for an event and that’s when I asked him for an interview. My first impression of him was, ‘What does he think of himself?’ When I told him that I can’t deal with someone like him, he replied, ‘I believe this person you described is not me. Please get to know me first.’ Well, getting to know him was a trap and I fell in love with him (laughs!).”

Nouran stood by Vivian when he was going through a rough patch in his personal life. Talking about it Vivian said, “She didn’t let me take any impulsive decisions and was the reason for my emotional stability. She is the calming factor in my life. She understands even my silence.”

When asked about their plans to settle down, Vivian replied, “I don’t know when and how. It can happen anytime. I am not a social person and I don’t have many friends. So, even if I get married, chances are bleak that anyone would know about it. Marriage is a private matter and it should stay like that. Just because I am an actor, it doesn’t mean that my personal life should become a topic of discussion. Why should my family pay the price of me being a celebrity? Nouran, too, doesn’t want to be in the limelight by virtue of being married to me. She wants to lead a normal life as a homemaker. I will try to honor her decision and wish as much as I can. So, I am not likely to make an announcement about it on social media either.”

Nouran added, “When Vivian proposed to me and met my family, their first request was that I should not be hassled by his celebrity status. I want to be a homemaker and not an actor’s wife.”

Vivian concluded by saying, “Her family is into law and has no connection with showbiz. They have requested me to guard her privacy. They want us to live like a normal couple and so does Nouran. In fact, it was her decision to quit her job. I don’t want her to be subjected to speculations and nasty rumors. She has even requested me not to take her along to events. So, if you see me alone at an award function, please don’t spin tales of trouble in my paradise (laughs!). It is just that she doesn’t like being there.”