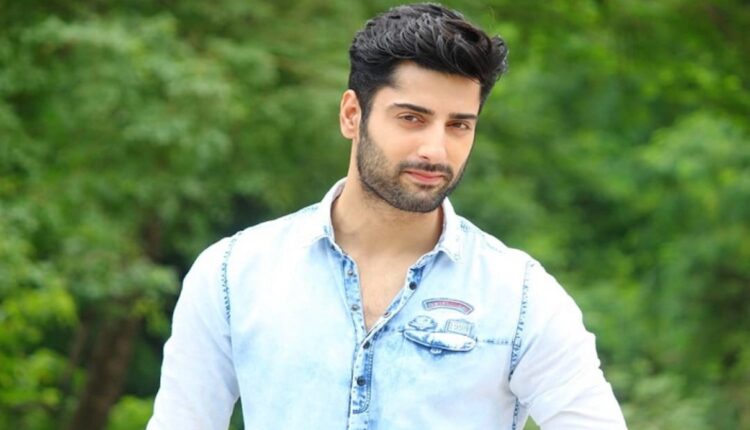 Only a few know that actor Hitanshu Jinsi, who is currently essaying the role of Lord Ram in Vighnaharta Ganesh, spent 10 years at a refugee camp in Jammu during his childhood. Hitanshu, belongs to a Kashmiri Pandit family of Jammu was barely two months old when his family had to leave Srinagar and move to a refugee camp in Jammu. In an interview with BT the actor talks about the experience and shares, “We had to relocate to Jammu due to militancy in the state. My family and I survived and lived in a room that had a few other families too. One of the corners belonged to us with a makeshift kitchen and it was covered by a saree. It was our home for almost 10 years. The place was very small, and it served as our kitchen, bedroom, and even playground! I remember it was so small that once, I fell on a stove because it was just a hand’s distance away from where I was sitting. I was only one-and-a-half years old and got my arm burned. My mom cried a lot that day. This is how I spent the initial years of my life.”

Talking about his mother who went into depression after his father’s demise from cancer, he said, “After my father passed away, our problems doubled. My mother went into depression and I had to take charge of some important things to run the house. I took up a job as a typist to feed ourselves. I would also take part in street plays just for some money which would suffice for our daily needs. With time, my skills improved and I got the opportunity to perform on stage. Meanwhile, I also started working as a recording artist for All India Radio.”

Recalling his struggle days in the entertainment industry, he shared, “After saving enough money, I came to Mumbai but the friend who was supposed to help me disappeared. A series of events happened in such a way that I found myself on the road the day I reached Mumbai. I sat on the Juhu beach with my luggage, reflected on the situation and decided that I will find a way for myself. I spent the night at the beach. Soon enough, I found myself a place and began my journey. I spent a few months at a chawl and then as a paying guest before I could afford a decent flat in the city,”

He further adds, “I did small roles and kept giving auditions. I must have given a thousand auditions before landing a part with dialogues in a show! However, God has been kind and I got more than what I had hoped for. I believe in the saying ‘What doesn’t kill you makes you stronger.”

Recalling his first debut with a role in the show Karmaphal Daata Shani, he says, “It was a small role with no dialogues. I always appeared on screen with a group of devtas in a scene, where I was hardly visible. But I remember my relatives calling me with pride and saying, ‘Hitanshu, humne tumhe TV par dekha.’ I used to feel embarrassed that my folks were happy seeing me in the crowd, while I wanted to play significant roles and even lead roles.”