Hi all!!!
Thanks for the response!!!
Here we go into the episode!!!
Scene 1
Sonita(Ronita – Saurab’s daughter) comes home !!!
She hugs Bejoy…
Bejoy: How did you do your exams?
Saurabh: Papa, she is studying just kindergarden and exams doesnt matter there.
Bejoy: You shut up football. Sonitha will become like sona and prerna. I’ll bring up her.
Asha and Ronita laugh seeing father-son duo nok-jhok.
Sonitha: Dadu, pls stop…I wrote my exams well…I’ll go and talk with prerna bua…I miss her…
Sonitha goes…
Ronita goes behind her to change her dress!!!
Saurabh: Even i miss prerna!!
Dadi: Yes but she should be happy there…
Bejoy: I made a mistake by not accepting Prerna – Bajaj’s affair. If I agreed for their marriage, she should have been happy. I thought this caste system created a huss in sona’s wedding. So i searched a bengali family for prerna. But that too was wrong.
Asha: Bejoy you know what, anurag is much better than bajaj. You made a good decision. Dont worry. 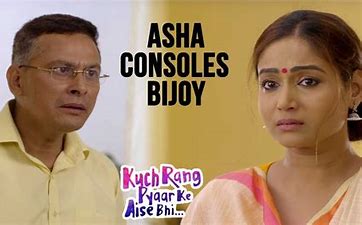 Saurabh: Yes papa, this bajaj is doing some illeagal activities itseems. But prerna doesnt know about it.
Asha: Yes, but still i wonder how prerna selected bajaj.
Saurabh: Ma prerna accepted bajaj’s proposal in her final year. But he proposed her in first year. She thought a lot and then decided. Maybe he made some attractions.
Bejoy: What mistake did we do? Our both daughters suffered a lot. Sona suffered 7 years separation from dev and she gave birth to suha alone. At the other side, prerna’s wedding life came to halt after 6 months. Now after 2 years, everything is cleared and she united with anurag.
Dadi: Bejoy, dont think much. Be happy..

Suhana: Yes suha will be happy when she sees dadu’s smile..
All turn back and see dev, sona, suha and shubh standing…
They welcome inside.
Ronita and Sonitha come…
Shubh plays with sonitha…
suha: Beautiful, i came to see you all as i’m leaving to kolkatta tomorrow.
Asha: Acha, that’s great..But where is golu?
Sona: Ma, golu, mamaji and mamiji are leaving for australia tomorrow. golu needed some things, so they went for shopping.
Asha: only suha is going there?
Sona: Ha ma, you know nah, shubh wont stay without dev..
Dev laughs!!!
Suha: I miss prerna chachi!!! 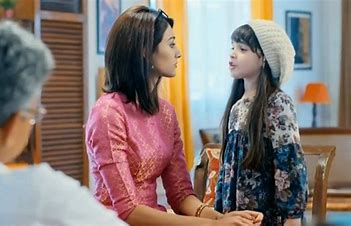 Bejoy: even we miss too beta!! 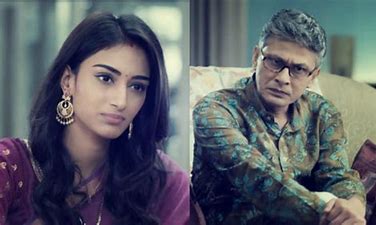 Shubh: Asha ma, look at sonitha.
Sonitha and shubh fight. Asha goes to their aid. They three then play!!!
Sona goes to prepare tea…Dev follows her
Bejoy notices this and smiles!!!

Sona: arey dev, you started your romance here too. Go to hall and talk with papa.
Dev: What will i talk with him? I will be where sona is.

Dev: Ok, think about having other kid.
Sona: Dev are you kidding?
Dev: No, I’m serious.
Sona: Dev, come on. I’m not interested.
Dev: You know what everyone in our family will have 3 kids minimum. Even ma has 4 of us.
Sona: What rubbish?
Dev: It’s not rubbish…
He comes near sona and eyelock starts!!!
(Kuch rang pyar ke plays in bg)
Dev cuddles with sona’s hair!!! 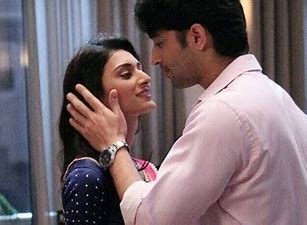 Just then shubh comes calling mumma…
Dev: Arey, itseems he wont like younger siblings.
Sona: He supports me. so only!!
Sona laughs!!! 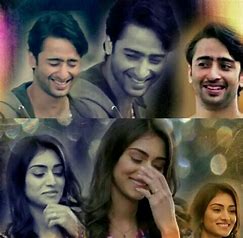 Shubh : Mumma, i’m hungry.
Sona feeds him ice cream…
Dev too feeds him!!!
They three have a bonding!!!

Anurag and Prerna gets shocked seeing her!!

Mohini: Komolika come in.
Komolika: Aunty, i came to return back these shagun gifts as these are not mine anymore. I returned engagement ring too.
Anurag sees his fingers and then thinks that he removed that so long before..
Anurag: Actually sorry, i thrown it in delhi itself when i went to bring prerna..
Prerna gets happy and gazes at komolika.
Komolika glares prerna!!

Mohini: I would have felt happy if you became my bahu.
Komolika consoles her
Prerna feels bad!!!! 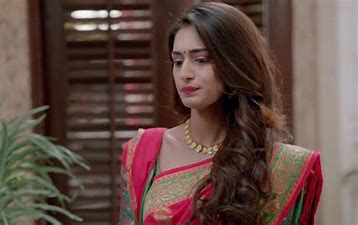 Anurag holds her shoulders…
Komolika sees this and fumes!!!

Komolika’s mindvoice: I’ll see how long will he hold your shoulders prerna, the nest separation will be your greatest destruction..
She leaves!!!! 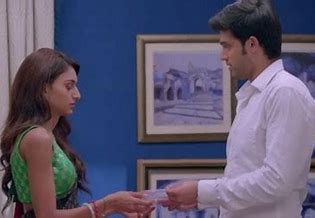 Prerna: I’m very happy. Tomorrow, suha will come here…
Anurag: Will sona, dev and shubh leave tomorrow itself?
Prerna: Yes, dev has some meeting itseems.
Anurag: Oh okok. But definitely i wanted to thank suha. Only because of her, we are united.
Prerna: Yes she is very intelligent.
Anurag: If she didnt took me to bajaj’s home, then i would have thought that you married him and settled with him as ma told.
Prerna: Leave those old things. I feel komolika and ma will plan something again. so suha will help me to deal with.
Anurag: You are too close with her?
Prerna: Yes, I spent 7 yrs in looking after her. sona will go to office and i took care of her.
Anurag: So you are a good baby sitter. Soon you need to sit for our baby.
Prerna gets shy…. 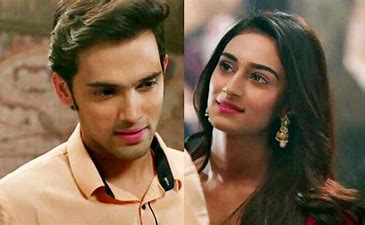 Anurag comes near her!!!

She closes her eyes in shy. He holds her face and kisses on her forehead. She hugs him!!!