Shashank:I am not simply arresting him.His wife Riya only complained against Abhishek Mehra.

Suddenly they heard a voice.

They saw a woman coming inside.

Riya:Because I can’t live in peace without arresting my husband’s killer Abhishek Mehra.

Abhi:Why the hell are you accusing me?

Riya:Because Aryan told me that you are mentally harassing him in the name of business as he refused to do any foul play which was suggested by Abhishek.He was depressed.But I never thought that you would kill him so soon mercilessly Abhishek Mehra.

Riya:How can you lie like this Abhishek?Inspector…please arrest this heartless killer.

Shashank:I have to arrest you Abhishek Mehra.

Purab:My bhai has not done anything.

Shashank:Court will decide that Purab. 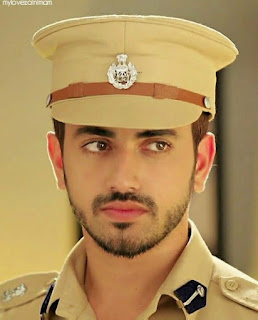 Pragya:I will not let you arrest my husband.

Pragya was in tears. 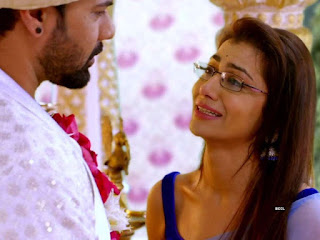 They took him to the police jeep.

Pragya:As a wife I will save my Abhi.Otherwise I will not be able to forgive myself. 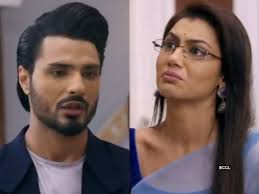 Alia was upset.King wiped her tears. 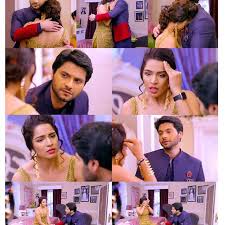 King:I understand.Anyways now you may have understood that killing a person in real life is terrible unlike killing a character in a weekly novel.That day you rang up the magazine owner and told him about your decision to kill the most important female character in your novel.I had told you not to kill the character without any sympathy.

Alia:I am a weekly novel writer.Every week I need to bring new twist in the novel to gain the readers’ interest.That’s why I decided to kill her.She was only character,not a real person King.

King:Even if it’s only a novel character,killing is very painful Alia.I know I am being very emotional here.

Alia:Here we are worried about how my brother got trapped in a real murder case and you are talking about the novel character’s murder.You are sick you emotional fool.

Alia just walked off the room in irritation.

King:I get attached to novel characters very fast.That’s why I don’t like killing characters in novels.Alia can’t understand that.

All were in tears.

Sarla:I don’t understand how an innocent person like Abhi can be accused of killing a monster like Aryan.

Pragya:Nobody knows that he is a monster..not even his own wife Riya.

Sarla:Actually what happened between three of you?

Purab:I went there as per you told me.But when I went there I saw Aryan trying to misbehave with Pragya.

Sarla:Such a disgusting animal he is!It’s good that he died.

Purab:I hit his head with the stick.He fell down.Then Pragya and I left from there.This is what happened.After that somebody killed him. 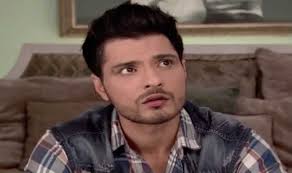 Sarla:Are you sure that he did’nt die after you hit him Purab?

Pragya:Maa,are you doubting that Purab killed him by mistake?Purab hit him to save me.He did’nt want to kill him.

Sarla:I know that.I know Purab since childhood.Purab can’t even think of hurting anyone.But I fear whether Aryan died when Purab hit him. 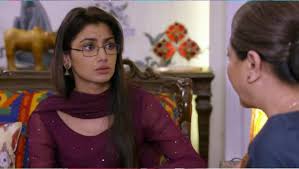 Sarla:Then who would have killed him Purab?

Purab:Must be his business rival.But I can’t understand why Aryan complained to his wife Riya that Abhi was harassing and threatening him.

Sarla:Even I am confused about that.That trapped Abhi in the case though he is innocent.

Pragya:But I will not let my Abhi be in the prison for long.I will save him.

Sarla and Purab looked at her emotionally.

Pragya visited Abhi in the jail.

They both looked at each other tearfully.

Pragya:I know that you are shattered.

Pragya:I know that even when you wipe tears from your eyes you are crying inside.But very soon it will end.I will bring you out of this jail proving your innocence. 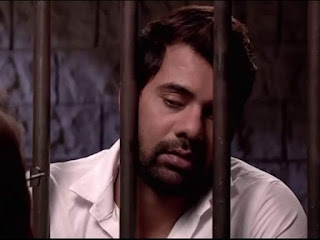 Pragya:Don’t underestimate me.Understand?I told you that I will bring you out of this jail.Then why are you talking as if there is no hope? 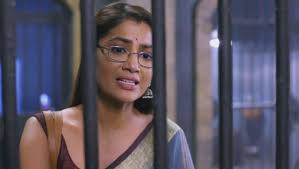 Abhi:I trust you,but not on fate.

A man and a woman were romancing.

Woman:That monster Aryan is no more.We trapped a person in Aryan murder case successfully.Thus we escaped.Nobody will know that we are behind his murder.We only killed him brutally.But poor Abhi is suffering.The idiotic police officers also do not believe Abhi.

Man:But Abhi is only a suspect now.If his family fights for him in the court with solid proof of his innocence the case will take a new route and even we may get suspected.

Woman:That should not happen.There should not be any proof in favour of Abhi.

Man:But if they prove Abhi innocent we can’t do anything.

Suddenly a woman came inside with a smirk.

The Man and the Woman were shocked.

Actor Ayub Khan says he is down to his last Penny