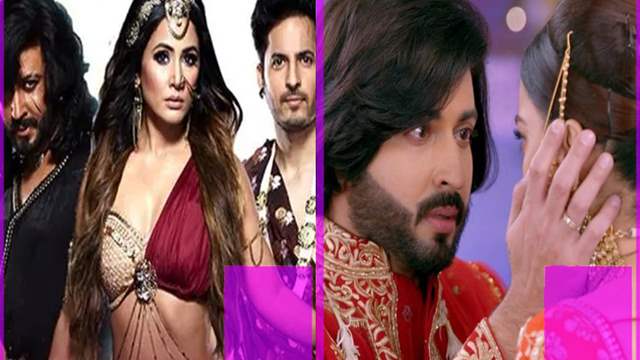 TRPs of these shows are soaring this week!!

The latest TRP list is out and the audience has once again showed which show is the one which they love to see the most on TV. They have again taken a liking to their favourite show, Kundali Bhagya as it has maintained the top spot in the TRP rankings chart. After a brief fall on the chart, the daily soap is back to being at the top position. Currently, a wedding sequence is going on in the show and all thanks to that, we have Kundali Bhagya on top.

Rupali Ganguly’s new television show Anupamaa has emerged as a new favorite as it has left all the old shows behind to make a space for itself at number 2, right after Kundali Bhagya.  Within a short span, the story of the daily soap seems to have clicked with the audience.

Ekta Kapoor’s Naagin 5 too has surprised everyone with an awesome viewership.   Hina Khan, who launched the show, turned out to be lucky for the makers. After an unsuccessful season 4, the show is back on the list of top five shows.

Ekta had herself said in a Live video on Instagram that her team has worked hard on season 5, and so far it does look promising.

On fourth position is the sitcom Taarak Mehta Ka Ooltah Chashmah. Yes, this show has made it to the charts for a long time now as it is one of the most adored show on TV. The viewers had been waiting during the lockdown for it to return with fresh episodes. They are now showering their love on the show and its characters.

Well, which show do you watch? Do let us know in the comments section below.