Thirst For Revenge #Riansh #IMMJ2 (Chap.8): They knew ! Then why

Hello, everyone thank you so much for your support and your lovely comments. Keep supporting.

Kabir: what did he tell you? And how does your boss know them

Det: Actually, boss told me that he is their friend and he told me to tell that, the owner of VR Company, you did something with their sister five years ago and three months ago.

Kabir: oh ok thank you but what’ your company name again

Saying so he cut the phone but he was still not be able to figure out who they are but then he remembers something.

Kabir: vansh and riddhima. Oh, yes now I remember and I understand why they took all my investors and who helped them. And so it means that the detective boss is Aryan and that is why his company is called IAS Company, which stands for Ishani, Aryan and Siya.

He directly took his phone and searched for riddhima’s number to call her.

In a beautiful big office, with modern furniture, two big chairs and tables with beautiful flowers on them.

Behind one of the table, the wall had a wallpaper in apricot color and flamingo drawing in it. And in the middle of the wallpaper, a big R was written there. 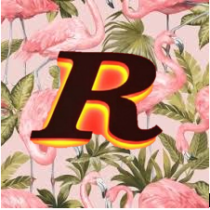 On the other side the wall had wallpaper in a navy blue color with cubic forms styled nicely and in the middle of the wallpaper a big V was written there and it was styled as if it was on fire. 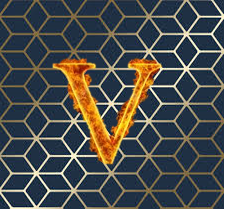 Two people were sitting working on their laptops, one girl and one boy. Suddenly the girl’s phone ring but before picking it up she said:

Girl: Vansh, Aryan did his work

Vansh: so, the one who is calling is that loser Kabir (he said laughing)

Vansh: riddhima, pick it and put it on speaker

R: ok, but do not say anything

V: riddhima, please naa I want to tell him something

V (accepting defeat): ok my queen as you wish

R: Kabir, so finally you called I was waiting for your call.

K: so you did not forget my voice

R (sarcastic): no, we do not forget the voice of rich people

K (angry): rich people, my foot. Are you mocking me?

R (laughing mocking, you why will I do that? After all, you are the Kabir Sharma

K (angry): shut up, okay. You know better than me that now I have nothing left with me except my house.

R (in a mocking voice): oh, so sorry. But how can I help you. You remember what you, you used to say. That a poor girl like can’t do anything

K (angry): shut up, riddhima. I know that now you have more money than I had

R: so if you know then why did you call?

K: I called you to make you remember that I have the photos of Ishani, siya and me

R (scared voice): oh yeah I had forgot about. Please don’t do post them on Social Media, I will give you money if you want

K (laughing): now that is the riddhima I know. Now prepare 60 crores and come to a place I will tell you

Then riddhima did not answer anything and after 1 minute, she said.

R: I will not come. And now what will you do

K: ok as you wish, I will post them

K: yes and why are you laughing when I am saying I am going to post them.

R (still laughing): oof Kabir, I am laughing at your stupidity. What did you think? That I do not know that you do not have any picture. Tssss, I am feeling so sorry for you.

K: what do you mean?

R: Kabir, Kabir. Three months back, we knew that you do not have any photo.

R: Yes, we knew everything but we wanted to destroy you little by little and watch your destruction. We had proofs against you, but if we exposed them in public then you will have to go to jail with you lovely mother. But we did not want you to go to jail

K: but why? Ooh I know, maybe that foolish Ishani requested you not to send me

R (serious): don’t you dare say anything about her from you disgusting mouth. And my lovely sister did not say anything. And why will she even remember you? After all, she has someone caring like Aryan. I had my reasons not to send you

K (angry): god dammit, tell me why didn’t you want to send me in jail

R (sarcasm): oof, do not get angry, anger is not good for health

Vansh (whispers): oof, riddhima what an attitude yaar. You should have showed me a part of of it (winking)

Riddhima (whispers back): shut up Vansh, just wait let me finish with this Kabir then I will show you

Vansh (whispers): you won’t do anything

K: are still even there.

R: calm downn, chill, I will tell you

So that is all for today and stay tuned to find out why they did not want to send Kabir and Anupriya in Jail.

Like to read, Passionate at writing poems, love cooking

The game of destiny #Riansh #Episode 18 #A sweet love story