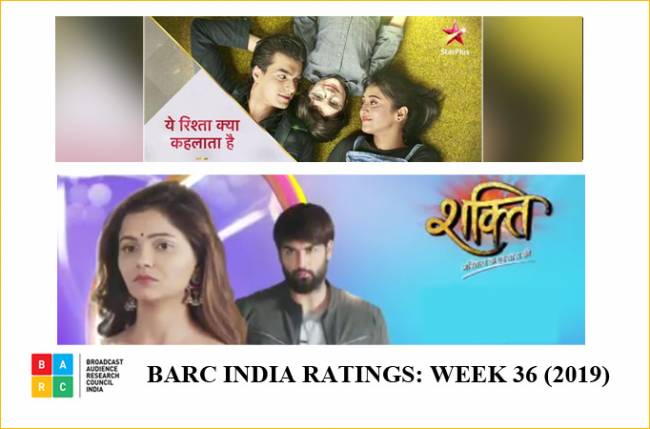 These shows trooped high on TRPs this week; #1 spot goes to…

Many TV shows are our favorite and many of them we are just bearing with. While many shows get slacked, many troop high on the TRP’s owing to one thing or the other. From ten to one, BARC releases the list of shows which are being viewed the most and guess what!! your favorite TV show is holding a place in there.

On the tenth place, maintaining the spot is Colors’ Shakti Astitv Ke Ehsas Ki followed by Tujhse Hai Raabta on the ninth spot. Fetching good numbers, Yeh Rishtey Hai Pyaar Ke was seen on spot eight. Earlier it was ranking high and for the show as a whole this week was unfortunate.

Choti Sardarni is grabbing all the eyeballs as i has secured place seven on the list. It’s trend is upwards and it might rise to a new high next week. Slipped from the top five, on spot six is Sab Tv’s Taarak Mehta Ka Ooltah Chashmah.
Superstar Singer and Kaun Banega Crorepati showed good rise in numbers and rose to positions five and four respectively. The Kapil Sharma Show too rose up a spot and secured the third position.

Kumkum Bhagya, a show with great viewership and a gripping story line, got a spot on the second position, all because of the love all of you are showering. And the first spot was taken by none other than Yeh Rishta Kya Kehlata Hai, a show which is ruling the hearts of fans for sure. 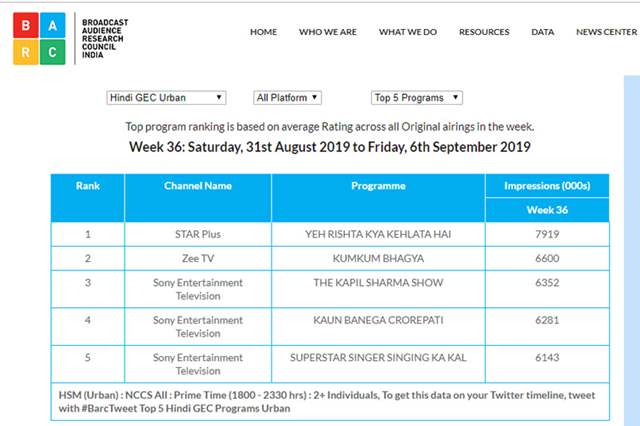