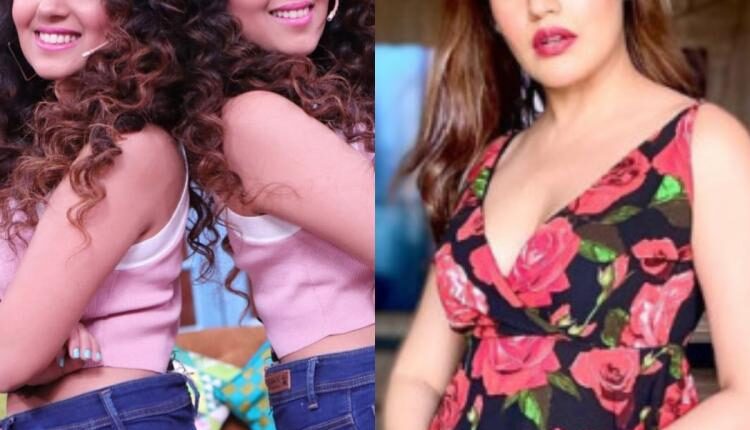 Naagin 5 has become the most discussed topic in the Indian Television industry right now. The makers recently revealed that the first look of the ‘most powerful Naagin’ aka Hina Khan from the upcoming supernatural drama and it has left fans gawking. Now, the curiosity among fans about Naagin 5 is just increasing day by day. Fans are intrigued to know about the cast, story, and new twists. Now, to pique their interests further, now it is being said that two faces from the much-loved comedy sitcom, The Kapil Sharma Show, have been roped in to join Naagin 5’s ensemble cast.

TKSS’s much-loved twin sisters Chinky and Minky aka Surabhi Mehra and Samriddhi Mehra have been roped in to play pivotal roles in the supernatural drama. We have learnt that the two will play twin sisters of Surbhi Chandna in the show. Yes, you read that right! Surabhi and Samriddhi may essay the role of the twin sisters of Surbhi Chandna’s character. Sources reveal that they have been approached and the makers are still in talks with them, and nothing has been finalized yet.

Hina Khan has kick-started shooting for the show and her character will bid adieu within some episodes. Post Hina’s exit, Ishqbaaaz actress Surbhi Chandna will take on Naagin 5. Kundali Bhagya’s Karan Luthra aka Dheeraj Dhoopar will also be seen in a cameo in Naagin 5. Mohit Malhotra has also been roped in but his role is not certain yet.

Several media reports also suggest that Sharad Malhotra, who has been a part of Kasam Tere Pyaar Ki, Banoo Main Teri Dulhan, among others, has been brought on board to play the negative lead on the show. But, no confirmations have been made yet. What are your thoughts on the same? Let us know in the comment section below.