Teri Meri Baaki Hai Kahani Twinj SS Shot 3
.
The Episode starts with amaira going somewhere she reached a coffee shop to meet a handsome hunk while he smiled at her ….

Missed you so much amaira said hugging him while he tighten his grip on her.. 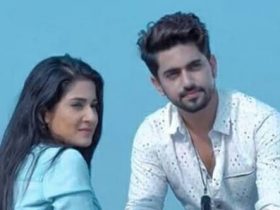 Same here as well love he replied
You came so soon you were going to come after a week back ?? Amaira said
Yes I know but twinkle wasn’t fine so I had to come early for her you know how stubborn she is he said

Haan Abhimanyu I know and so as my brother he is not less babaji made their perfect match amaira giggled ..

Yes are you sure our plan will work ?? Amaira asked
Damn sure I know twinkle loves kunj alottt abhi replied …

Yes so does he but he Is angry at her and twinkle doesn’t want to face him but we need to make sure this time they had they happily ever after amaira said while Abhimanyu nodded ..

Soon both had their dinner while discussing few things and abhimanyu dropped amaira back to her house
.
@ sarna mansion :
Kunj was awake and was thinking about twinkle he tried to let go off her thoughts but the more he tries the more he gets down the memory lane 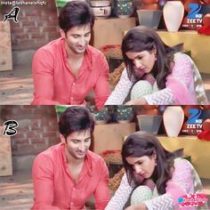 No one talked to me like this 😭 you are so bad twinkle told him sniffing making him giggle ..

What now ?? Go from here atleast let me cry in peace twinkle said ..

Kuch bhi 😒😒 I am naturally very beautiful I don’t need to use any make up twinkle said ..

No babaji save me kunj replied…
Hehe no babaji is on my side twinkle replied while both of them giggled ..

Now come don’t cry like this kunj said
I’ll but only on one condition twinkle said
What ?? Kunj asked ..

Be my friend Twinkle stated with her puppy face
Like seriously ? Kunj asked…

Suno twinkle added again …
Now what ??? Kunj asked her
Why did you kidnapped me ? Twinkle asked …

Don’t you think you are going too fast kunj replied..
Ok I’ll leave it for the other day till then I will stay here and will prove it to you that my family loves me alott they will soon find me I beleive it twinkle added which made kunj smirk ..
Let’s see he added and left while twinkle smiled too determined ..

Soon few days passed still their wasn’t any news from Taneja’s and kunj decided to call them and let them know about twinkle ..

Hello kunj said ..
Hello rt replied from the other side ..
Such a shameless creature you are who doesn’t even think about your child kunj replied

What do you mean ?? Rt asked
Your daughter is with me kunj said
Ohhh so you called me to ask for money ???? See I don’t want that girl back in my family you can keep her rt said and hanged up the call which made kunj shock till core …

How mean 😣 I have never seen a person like this does he love anyone or not he is not at all concerned about his daughter kunj said and broke the vase ..

While twinkle came to his study and knocked on the door while kunj opened and looked at her
What happened to you ?? Twinkle asked
Nothing kunj replied ..

Pls tell me twinkle said while kunj didn’t knew he decied to tell twinkle the truth
You asked me right why I wanna take revenge why I kidnapped you kunj said
Yeah twinkle said kunj pulled her with him and showed her his parents pic .they are my parents we were a happy family but then 2 devil’s came in our life and killed them kunj said ..

What ??? Who were they ? Twinkle asked him
Your father raminder Taneja and his younger brother randhir Taneja kunj said
No no kunj you might be mistaken it is not true twinkle said ..

I screamed for help but none came to rescue and I lost my parents kunj said crying ..but then I heard the conversation of raminder and randhir Taneja that they purposely did that because they wanted claim the insurance amount .. and want to be the only persons who will get the money so they planned all this and killed my parents I told everyone but no one believed me kunj said angrily .. 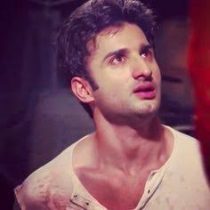 Let karma decide what goes around come around twinkle stated while kunj thought for a while ..

Kunj was hurt that he thought he will take revenge from them who was not even true to their own blood he was feeling guilty for dragging twinkle in this matter and making her part of this sorrow too ..

Soon next day came twinkle was happy somewhere that she was going back but unhappy too because she started seeing a good friend in kunj and was praying what he Is saying must be wrong unaware of the upcoming storm in her life ..

Soon kunj called rt and his brother to let twinkle also know about their truth
He reached and asked twinkle to wait till he talk with them while twinkle decided to go and see what he is talking ..

Yes he is the same guy but what enemity do you have with us you don’t even look of amirtsar rt said
And stop this nonsense silly boy we are very old players of this game and you can even pull a single hair of us randhir Taneja winked at kunj ..

Ha ha ha ha ha whatever but don’t tell me you are the one who kidnapped twinkle as well randhir told kunj ..

Ohhh if you did we must thank you we were finding ways to get rid of her and you helped us so we are grateful to you for that rt told kunj ..

I can’t believe someone will fall so low when it comes to money kunj’ said
Huh we are not here to hear more of your silly talks our time is precious and again I am saying don’t come in our way or you won’t be able to survive rt said and left from their with randhir ..

Kunj was shocked seeing twinkle who heard all of his talks with them he looked at her and felt pain ..
Twinkle this …kunj said

But kunj tried to say
No twinkle stopped him and went from their while kunj keeps on looking at her
What you did kunj I am responsible for dragging her into this shit kunj said and punched his hand on his car …
.
Next scene :
Rt and randhir both of them went back to their haveli where leela was impatiently waiting for them

Where is twinkle ??? She asked looking towards door ..
I already told you leela her work is done in our life she is no one to us now rt told her

How can you say this ?? She is our child leela added
No she is not my child she is rajvir bhaisahab and Ragini bhabhi daughter whom we adopted rt reminded her getting angry

Bhabhi you go inside we will talk to you later randhir told leela while she went dejectedly
Rt bhai calm down what happened to you randhir said ..

Hence they planned a partnership with rajvir and his best friend manohar and all of them were really happy with the launch of their new industry but rt and randhir had their other plans ..

So I planned all this so that I can rid of both industry and rajvir bhai and another partner Manohar sarna rt said angrily ..

But he left his daughter behind his back and even after dying he made sure to leave all of his property in name of twinkle which she would get only after reaching 21 years of age ..

Yeah and we already made her sign on that property papers randhir told
Exactly we will use that property as our trump card rt added smirking ..
.
Next scene
It’s been 2 days since that day and twinkle didn’t went back home she was staying at gurudwara ..

What happened ??? Mr kidnapper ? Why are you behind me twinkle asked him she was trying to be strong infront of him

But I don’t need anyone sympathy kunj I wanted to go and confront papa but I stopped myself when they don’t care about me why should I go twinkle added crying .. 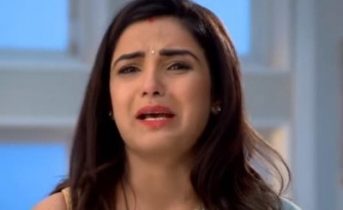 Please don’t cry twinkle kunj wiped her tears …
Listen to me now what I might be saying will be shocking to you but I need to tell you that kunj added ..

What ??? Twinkle asked him ..
Kunj held her palms and directly looking into her eyes says 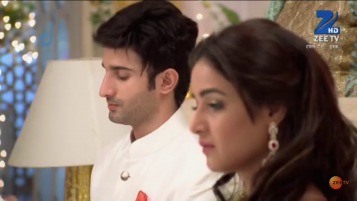 Kunj was smiling thinking everything but soon tears started filling in his eyes and he closed his eyes angrily and went somewhere …
.
Next scene :
Twinkle was at her home thinking about her life but then she heard her door bell ringing …
She opened the door to find a man who smiled at her ..

You were serious about coming here abhi twinkle added
Yeah do you think I will joke with you never abhimanyu added ..

Come inside twinkle said and they settled their
So how did you find mumbai ??? Abhi asked

Strange horrifying twinkle added
Ohh really why ??? Abhi asked her
Uhmm aise hi you can how’s the work going on ??? She asked

Yup it’s cool I am thinking to expand it further abhi added and did you met dr virendar ???? Abhi asked

Ok ok will you have something??? Twinkle added

Yeahh I ordered food it will come in half n hour and don’t stress yourself relax and get fine asap ok abhi added
Ok twinkle said and went from their..
while Abhimanyu looked at her going …

I know twinkle you are losing daily and hence I brought you here I believe you will gain your strength from here and kunj is be the only one who can bring you back to life and you will fight back for you for him Abhimanyu thought and smiled faintly
.
To be continued …