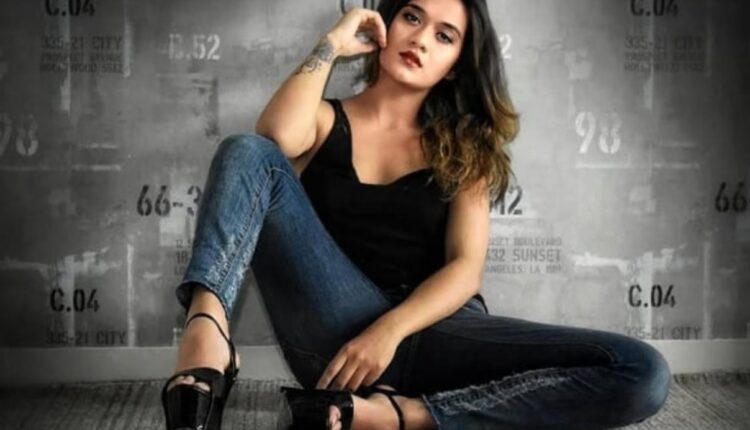 Reality show personality Aradhana Sharma became a household name with her cameo in popular show Taarak Mehta Ka Ooltah Chashmah. Her journey to fame was not an easy one. In an interview with ETimes TV Aradhana talks about it and more.

Talking about the criticism she faced while participating in Splitsvilla to doing daily shows, she shared, “I will give credit to Splitsvilla. I never thought of doing Splitsvilla. I loved Roadies and wanted to do that show. Splitsvilla was in my destiny and gave me a platform. It changed my life. While many recollect that I am from Splitsvilla many also question my credibility as an actor. They’ll comment, ‘yeh Splitsvilla se hai? Isko toh acting nahi ayegi’. But I always wanted to act since childhood. I am a dancer. Initially, there were difficulties but I did get an identity. Then I did Aladdin Naam Toh Suna Hoga, Hero Gayab Mode On, Taarak Mehta Ka Ooltah Chashmah and it’s been good.”

Sharing the challenges she faced, she said, “There were many challenges. I have changed myself a lot at the moment but initially I was mentally very weak. I would get affected hearing people’s opinion. You tend to get a lot of negativity while doing Splitsvilla. People get so involved they will use ‘gaali’ and all when you come out of the show… even kids! People tend to mistake a reality show for real-life show.”

When asked about a low point in her carrier so far, she said, “I will share an incident which happened to me recently. I won’t take names. We send our portfolios to various casting agencies and one of them was looking for a ‘pretty, beautiful lead’ role. So I told the casting agent to forward my portfolio and he said, ‘I have written here pretty but you are not pretty’. These were his words. He told me I don’t fit in ‘pretty and beautiful’ and will give roles which will fit me. I was also called a ‘she-male’ because of my body. I am really into fitness and had learnt martial arts too. So people would say I look ‘mardaana’. I also get body-shamed a lot. ‘You look like this, that… you don’t have the face’ and things like that. I don’t know why people comment on a person’s looks rather than seeing their work/acting. People have an opinion on everything. It’s very bad. It affects mentally and it’s the survival of the fittest. You have to accept yourself.”

Talking about her mantra to channel all the negativity and try to stay positive, she shared, “I always believe in the song, ‘Kuch toh log kahenge, logon ka kaam hai kehna’. We are all made different for a reason. We all have different purposes in our lives. We all have one life and we all go through ups and downs…just that the scenarios are different. Just live through it all with happiness. My mother and sister have supported a lot all this while. My father is very neutral but I am here because of my mother. She has supported me mentally, emotionally, financially and in all ways. My mother gets involved a lot at times. She is a sweetheart.”

When asked if her family was supportive of her decision to join the entertainment industry, she shared, “Like I said, my mother has been my biggest supporter. My relatives would say ‘Yeh nachaniya banegi? Will she sell herself? What will she do? There are all bad people!’ My mom told me not to bother. My mother told me ‘You are an artist and this is art. Be professional, you are doing no wrong.’ Now my relatives, who would then look down upon me are all very appreciative and praise me.”

Talking about the web shows and bold and intimate scenes it demands, she shared, “Yes, I definitely have. You know, I had to give up on projects because of the scenes. I won’t say I am reluctant but at times they show unnecessary scenes. I am ok with intimate scenes till the time it is relevant and required. But I have phobia with kissing scenes. I tend to shiver and I am very scared. I can never do kissing scenes on-screen”

When asked about any incident during audition days, which made her uncomfortable, she revealed, “An incident did happen to me and I can never forget it in my entire life. It happened 4-5 years back. I was studying in Pune then. It happened in my home town Ranchi. There was a person, who was doing casting in Mumbai. I was doing modelling assignments in Pune and hence was a bit known. I went to Ranchi as he said he is casting for some role. We were doing script reading in a room and he was trying to touch me. I couldn’t figure out what was happening. I just remember pushing him, opening the door and run away. I couldn’t share this to anyway for a few days. It was a love scene reading script. It was very bad.”

Talking about the impact of that incident in her life, she added, “I started having trust issues. I can’t stay with a man in one room. I can’t even stay with my papa. This has happened with me. I was 19/20 years old then. I couldn’t let anyone touch me. I used to feel so bad. It was a very bad experience for me. My mother and I wanted to confront him but then our family members stopped.”

When asked about her participation in various dance reality shows, and if she would like to do Bigg Boss, she said, “My first show was Boogie Woogie 2010 Kid’s Championship. I was a semi finalist. It was very memorable, coming to Mumbai for the first time. I did Dance India Dance and then I went to India’s Got Talent with a dance troupe. These dance reality shows also helped me a lot. It was a plus point in my portfolio.
We have seen your fitness videos on social media, how and when did that journey start?
As you know, I have been body-shamed a lot, I saw many girls going to the gym. That was a trend then. I was studying in Pune then. There was a gym behind my PG and they were giving some discount. I told my mother that I want to go. The story started here. I didn’t realise that while gymming, one also has to note about nutrition. I didn’t know that I would feel hungry all the time. I didn’t understand the concept of a trainer then. I would do a lot of weight lifting and double up eating… all junk food. I ended up having manly built body. My walk was different and I looked different. I felt weird and then I went to a trainer and rebuilt my body.”

She signed off by adding, “I really want to do Nach Baliye and Bigg Boss. I manifest my thoughts. I also wish to do films and digital shows. I would also do daily soaps if there’s a nice role. I followed Rubina’s season. I feel agar actor hoke Bigg Boss nahi gaye toh kya kia. I feel I am a complete entertainer and want to test my patience level. I loved Rubina in the show.”