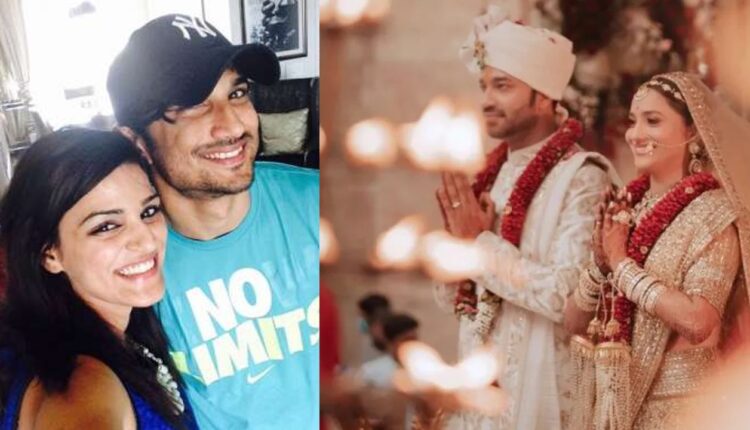 Ankita Lokhande and Vicky Jain tied the knot on December 14 and have officially become Mr and Mrs. Jain. The actress recently shared some beautiful pictures and videos from her wedding on her social media account. The comment section was flooded with congratulatory messages.

Amidst all the comments, there was a ‘special’ message that stood out which was posted by Sushant Singh Rajput’s sister, Shweta Singh Kirti. She wrote, “Congratulations and blessings to the newly wed. ❤️ Shweta.”

For the unversed, Sushant Singh Rajput and Ankita Lokhande were in a relationship for six years. They met on the sets of Pavitra Rishta and fell in love. There were also reports about them taking the vows soon but somehow things didn’t work out and they parted ways.

Post the shocking death of Sushant, Ankita has stood by his family in the tough times. Vicky has also been supportive of Ankita’s stand and has been with her through all the trolling she had to face.