With whom Surbhi Jyoti had best chemistry so far in Qubool Hai? 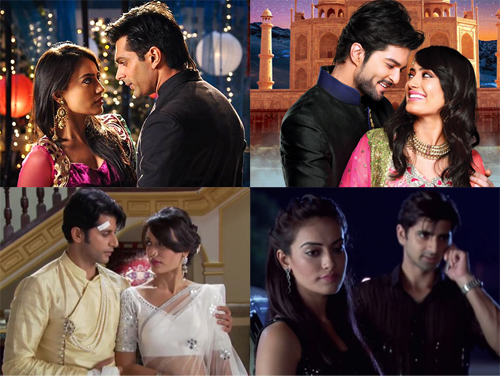 Surbhi Jyoti who rocked the show Qubool Hai with her amazing persona, that made her chemistry intensified with all the male lead actors she was paired opposite with. She has been seen in the show earlier with Asad Ahmed Khan (Played by Karan Singh Grover and Raqesh Vashisth) before the leap as her character Zoya, and then came Surbhi’s two new avatars as Zoya and Asad’s daughters Sanam and Seher, who are seen opposite Karanvir Bohra and Shehzad Shaikh.

The show took the 20 year leap focusing on the life of Asad and Zoya’s daughter, Sanam. The story moved was moved back to Bhopal with Sanam traveling back to the city where her parents lived and the introduction of her long lost identical twin, Seher Ahmed Khan. Surbhi has justified her every role well. She was most loved as Zoya and her naughtiness and overactive presence won everyone’s heart. She got new looks as Sanam and Seher, while Sanam has calmness in her, Seher is outright and like jumping jack all the time. She has sketched both her characters very well and looks perfect with Aahil and Rehan. Her contrast personalities and contrast heroes have made us make this poll, to ask you with whom she looks the best. She has been paired with four hotties in the show and ruling the charts with her sheer presence on the screen, which sets it on fire. Let us know your opinion on this poll.

Fresh Spoilers for your fav shows