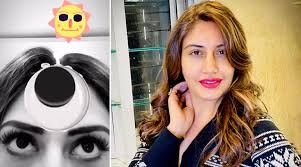 This marks the beginning of Naagin 5. Now a new chapter will begin with Surbhi Chandna, Sharad Malhotra and Mohit Sehgal. Naagin 5 will also see Anjum Fakih, Parag Tyagi, Gaurav Wadhwa and Aahna Sharma, who’ll join the cast of the show.

According to a source, Surbhi Chandna, who was last seen in medical drama Sanjivani has started shooting for the show and the promo featuring the actress will soon be out.

Hina Khan had a cameo on the show and finally, her journey has come to an end. Her fans were quite excited to see her back on television in naagin avatar.

Recently now, Surbhi Chandna’s pic from Naagin 5 sets is leaked. Take a look at it. 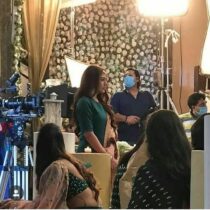 Devoleena Bhattacherjee is reportedly doing  a cameo in the show. Anjum Faikh does the role of bride in Naagin. Aishwarya Khare from Vishkanya and Param Singh from Sadda Haq is also in the list