I dedicate this story to Viditian who requested me to write a story on Shivin Tejasswi.This story is inspired by the Kannada movie Kurubana Rani.I have not seen this movie.Thank you very much my dearest friend Palchin2995 for giving me this concept to write this story.

A boy told a girl:Believe me,your aunt is betraying you.

She got angry hearing it.

“How dare you talk like this about my aunt?She is my everything.She only nurtured me after I lost my parents.I trust her”.

He:You are doing a big mistake by trusting her. 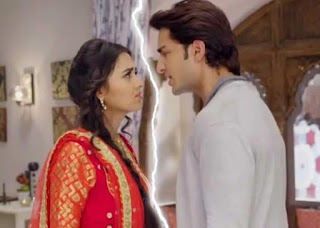 Hearing this a middle aged woman and a young man became dull.

Then he said:Tanviji..your performance was superb.No wonder that you are the lady superstar of cinema. 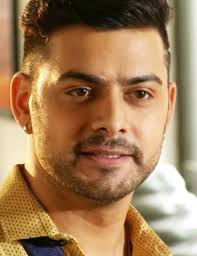 It was a scene from the movie they were shooting for.The girl was the lady superstar Tanvi.

The man who said Cut it and appreciated her performance was the film director Vidyuth.

The middle aged woman and the young man who became dull seeing the scene were Tanvi’s aunt Niharika and her son Siddharth.

Sid:Mom…what kind of a scene it was!It seems as if the script writer of this movie know the reality.In real life also Tanvi is having an aunt like you who is exploiting her fame and looting her money. 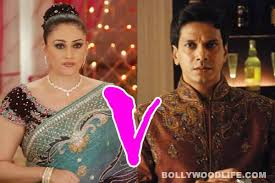 Tanvi and Niharika hugged each other.

Tanvi:In this movie I have a cunning aunt.I feel bad for my character.I am so lucky that I have got a sweet aunt like you. 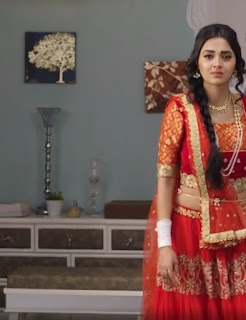 Niharika caressed her face:I am also lucky to have a niece like you.

Tanvi and Niharika hugged each other again.

Niharika smirked.Siddharth too smiled in an evil manner.

Niharika said in her mind:I am really lucky to have you .Because of you,my son and I are leading a luxurious life.

The shooting location was a small village.They needed a boy who has to act as the boy who marries Tanvi in the movie.The hero is not able to shoot for a few days.So they needed a body double to do the wedding scene with Tanvi. The producer Ram Lal gave money to the director Vidyuth to pay the boy who can do this scene.

Vidyuth and his assistant Rakesh discussed about that.

Vidyuth:Our producer is a NRI who does’nt know anything.So he gave a good amount of money to pay the boy who comes only for a few minutes in the movie.I am not going to give a good payment to a body double just for a minute role.So you just find any random villager over here to do that scene. 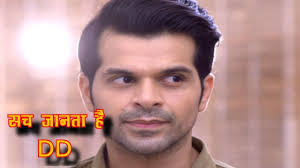 Later Rakesh informed him:Sir…I found a guy who can do that scene with Tanvi.A very innocent…a complete fool.I asked him if he can tie mangalsuthra around Tanvi’s neck he was excited as he is her big fan.You don’t have to pay a single penny to him.

Vidyuth:Very good.What is his name?

Tanvi dressed up as a bride to do her wedding scene in the movie.Veer arrived.Seeing Tanvi as a bride his face blossomed.

With excitement he went towards Tanvi:Hi Tanviji…I am Veer.I am your big fan.I really love you a lot. 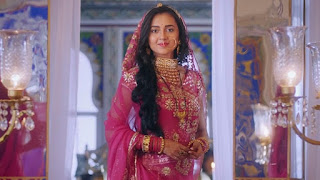 Veer:I always dreamt to marry you.

Tanvi giggled as she took it only as a joke. 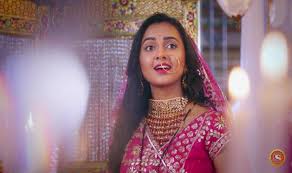 Veer:Yes.But I never thought that my dream will get fulfilled like this. 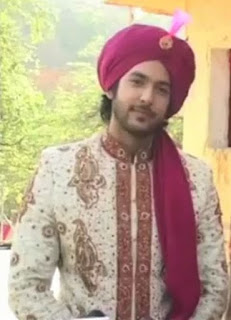 Tanvi just smiled taking it as a fan’s craziness.

Vidyuth:Ok…Tanvi…Veer….the scene is a normal wedding scene.Veer…when I tell you,you should tie the nuptial chain around Tanvi’s neck.

Veer replied happily:I am ready at any time Sir.

As Vidyuth instructed Veer took the nuptial chain in his hands 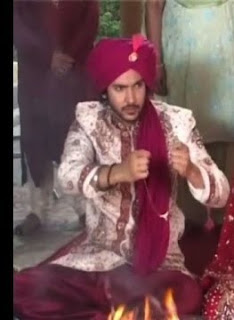 and tied it around Tanvi’s neck.He applied vermilion on the partition of her hair.

Veer felt that he was in a heaven.

After the scene,Tanvi removed the fake nuptial chain.

Then for the next scene she wore another dress and came.

Veer noticed that Tanvi has not worn nuptial chain and vermilion.

Veer:What is this Tanviji?We just got married.Suddenly you changed your wedding lehenga and even removed your nuptial chain and vermilion.Why? 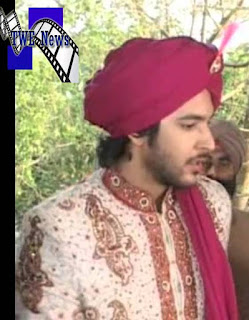 Vidyuth to Rakesh:When you told me about Veer,I never thought that he would be just a big fool. 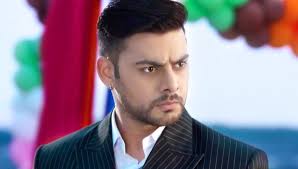 Tanvi:What are you saying Veer?It’s true that you put nuptial chain and vermilion on me.But it was just acting.It was only a movie scene.

Veer:Acting?Delivering dialogues can be acting.But how can tying nuptial chain and putting vermilion be acting?I was not acting Tanviji.I did it from the bottom of my heart as I really love you.

Veer:How can you say that it’s not real Tanviji?It’s not camera trick.I really tied nuptial chain around your neck.I really applied vermilion on your hair partition.It really happened.It’s not illusion.

Niharika:Why are you all looking like this?Put this mad man out. 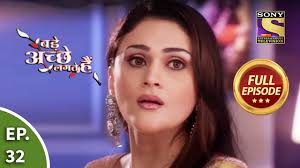 Siddharth and the production people dragged away Veer.Veer looked at Tanvi painfully.

Tanvi was confused and she did not know what to do.But the way he called her now made her upset.