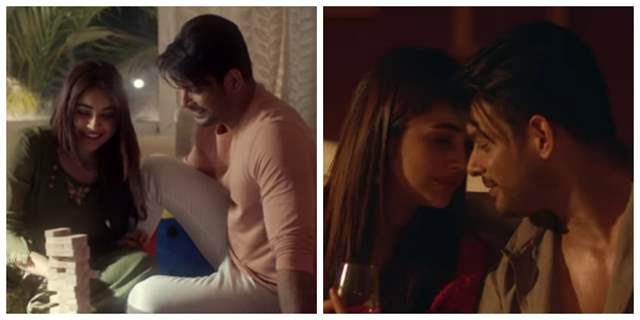 After their adorable chemistry in Bigg Boss 13, the fans waited for a long time to see them back on screen. The two released their song Bhula Dunga which is sung and composed by Darshan Raval, directed by Punit J Pathak and Produced by Kaushal Joshi. In just a few hours, the song became a huge hit amongst the viewers and was trending yesterday.

Shehnaz Gill talked about her experience to a leading entertainment tabloid and said said, ” I was knowing that I will get so much love. The audience has loved SIDNAZ so much in Bigg Boss because of our bond and the same bond we created in the music video so we were very confident that the video will definitely be a hit. But it was overwhelming to see the response of our fans that the music video has been superhit within 24 hours.”

When asked whether Sidharth was the reason for her doing the music video, “Sidharth is one of the reasons for me to do the music video. But if you see professionally I loved the song and personally, the video is a romantic song and there were romantic scenes which I am very much comfortable doing with Sidharth.”

Shehnaaz who has been part of dance number music video is seen in a new avatar in this music video, ” You have seen me getting romantic in Bigg Boss. I love the song as it is not only romantic but also Bubbly and Cute.”

Shehnaaz when asked about reuniting with Sidharth after Bigg Boss, “It was nice working with him. He treated me the same way he used to treat me in Bigg Boss. I would rather say he treated me better than Bigg Boss.”