Santoshi Maa launched on And TV on 30th November 2015. This is a mythological show with fiction. It presents a journey of a true devotee of Maa Santoshi. The story gets many facets of true devotion. The Goddess is known for love, contentment, happiness and hope. Maa Santoshi is the divine guide in little girl Santoshi’s life. Little Santoshi lost her parents in the storm and then Maa Santoshi takes the responsibility of protecting Santoshi.

The show presents a journey of Santoshi who is troubled by her uncles and aunts. How she takes guidance from the Goddess and crosses hurdles in her life forms the story. Another Goddess is Devi Poulomi, who is known to put jealousy, hatred and greed in people’s heary. Both Maa Santoshi and Maa Poulomi will be seen having their extreme effect on little Santoshi, who grows up into a strong devotee of Maa Santoshi. 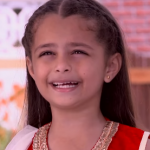 Santoshi is a little girl who has pure devotion in Devi Santoshi. She lost her parents Vinayak and Riddhima during her prayers at the temple. The storm ruins her family. Santoshi is then raised by her Dadi. Her aunts trouble Santoshi. She does all the household work and is stopped from attending school. Even then she has hope from Maa Santoshi. She knows to spread happiness and forgives people. She has all aspects to become a true devotee of Maa Santoshi. 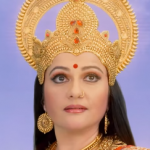 She is the Goddess of contentment. She is known for filling people’s heart with happiness, satisfaction, forgiveness, hope and love. She guides people to become selfless to avoid the crimes happening in the world. Devi Santoshi is formed by powers of all the three Devis – Parvati, Laxmi and Saraswati. Maa Santoshi guides Santoshi and protects her as promised to her parents. Maa Santoshi takes human avatar to be around Santoshi and safeguard her at times. 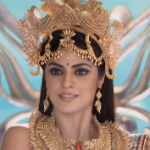 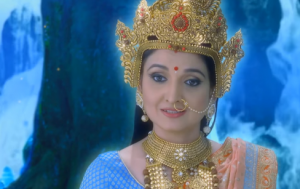 The world is shown full of crimes based on jealousy, greed and selfish motives. The Goddesses of heaven gets informed by Narad Muni about the current scenario on earth. They tell him about putting their good powers to make one Goddess – Devi Santoshi. The Goddesses are sure that Devi Santoshi will awaken when a true devotee calls out for help. Little Santoshi is shown as a selfless girl, who spends her pocket money to buy and free birds. 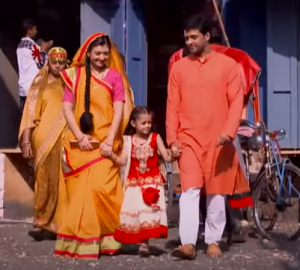 Santoshi is raised up by parents Vinayak and Riddhima, who stay in a joint family. Vinayak and Riddhima are great devotees of Maa Santoshi. They gave good values to Santoshi. Vinayak’s mother loves Santoshi and cares for her. Vinayak’s brothers and sister in laws are greedy and jealous of Vinayak. Vinayak takes Riddhima and Santoshi for prayers on Santoshi’s birthday. On the day, Vinayak tells Santoshi to always keep devotion in Maa Santoshi. Riddhima also showers love on Santoshi on her birthday. They sing bhajan in the temple. Devi Poulomi gets angry seeing the devotees for Maa Santoshi. She sends a storm to break the temple and create chaos for breaking peace. 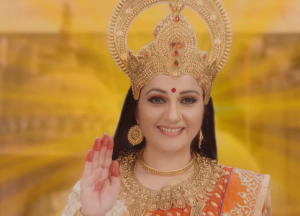 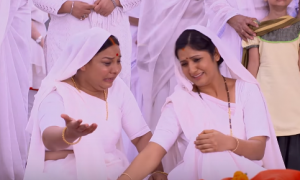 Santoshi’s uncles and aunts get happy that Vinayak and Riddhima died. They find problem in doing the final rites to cut down costs. They divide Vinayak’s room and furniture, making Santoshi homeless. Dadi takes care of Santoshi and keeps govt. compensation for Santoshi’s upbringing. The aunts make Santoshi do all the household work. They stop Santoshi from attending school. Dadi consoles Santoshi and asks her to study at home. Santoshi does homework of her cousins and self studies, being content and happy. Santoshi is not loved by anyone at her home except Dadi. 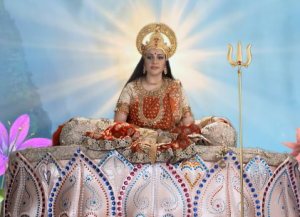 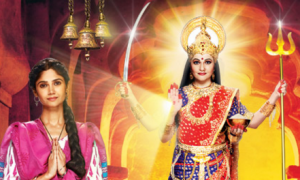 The story brings mythology and fiction. It is inspirational to see a devotee walking on right way crossing the hurdles. It offers nothing new concept wise. But seeing mythological serials running well on prime channels, this one is an addition. Sachin Shroff and Juhi Parmar were good in the cameo roles, which lasted just for one episode. The child artist doing Santoshi’s role is well cast with innocent appeal. The supporting cast is also justified. Gracy Singh and Sayantani Ghosh shine in their performances. Ratan Rajput will be donning the grown up Santoshi’s role in upcoming episodes. There is not much to remark in the show. A steady flow storyline looks watchable without much dragging.

The show is inspiring and would go well with mythological serials fans. Person’s true devotion and seeking guidance for problem solving from Maa Santoshi is watchable. The story brings a real to life fiction tale. Given a try, it might win your interest.

ISHRA is the best (chapter 3)