Sony TV has been bringing some mythological shows like Sankat Mochan Mahabali Hanuman and Surya Putra Karna. Everyone is well acquainted with Hanuman, who is the most famous Lord being a great devotee of Lord Ram. Hanuman was known to be the most strongest of all and has been great support and friend to Lord Ram. He is known to exclude evil and has been a fighter against Raavan for bringing back Sita safe from Lanka. He has given hope to everyone and is preached by many devotees. 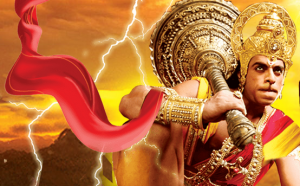 Sankat Mochan Mahabali Hanuman is the story based on Lord Hanuman and his journey of life, since his childhood. The show defines the great virtues of Lord Hanuman and how many has derived his morals and values, which are followed even in today’s time to tackle day to day problems with the path he has shown everyone. 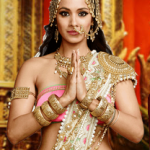 Anjani: There are many stories related to Lord Hanuman. He was born by a blessing by Lord Shiva to Anjani(Also known an Anjana) who was cursed by a sage. She got afraid by the curse and wanted to get rid of it by constant worshipping and repentance. Lord Shiva was impressed by her and thus Hanuman was born to her. Many believe that Hanuman was blessed by Lord Ram and was given advantage of increased life. 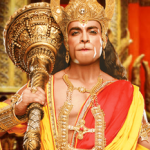 Lord Hanuman: Hanuman has a mighty body which he can shrink and expand as her his will. He is a symbol of strength. He uses his Gada, which is his main weapon to fight against evil. His Tilak on his forehead symbolizes Lord Vishnu. He has superhuman traits and strength, which makes him story of braveries still prevalent. Hanuman directed all his energies to become devotee to Lord Ram. He led a monkey’s army to defeat Raavan and rescue Maa Sita. 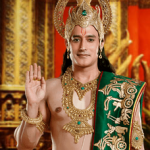 Lord Ram: He is said to be born as an avatar of Lord Vishnu, and he was the king of Ayodhya. He has been on the right path of Dharma after facing many troubles in his life. He has spent 14 years of exile in the forest along with his wife Sita and brother Lakshman. 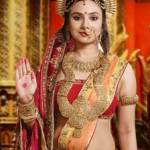 Maa Sita: She is Lord Ram’s wife who is a perfect idol for loyalty to him. She left all the comforts of her life to go with her husband in the forest for 14 years of Vanvas. Sita explains the importance of vermillion/sindoor to Hanuman. She was abducted by the evil Raavan by deceive and was taken away to Lanka. She was imprisoned there till Lord Ram and Hanuman rescued her. 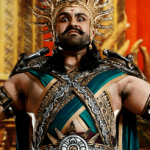 Raavan: He has been a devotee to Lord Shiva and was very knowledgeable. He has 10 heads which represented his knowledge of 6 Shastras and 4 Vedas. However, his evilness made him frightful figure. He has abducted Sita by acting as a sage and making her cross the Lakshman Rekha. He has troubled Lord Ram and Maa Sita, and lastly got defeated by Lord Ram and Hanuman in the war. The evil has failed by the good and this marks Raavan’s end. 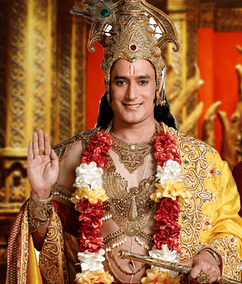 When the fight between good and evil was going on, Lord Ram has been battling Raavan. A fire ball came in the battle field and it was shown that Lord Hanuman has come there to support Lord Ram and battle Ravan. The story is told by Lord Krishna on how Hanuman has revived Lord Ram and his Vanar Sena when they fell unconscious during the war in Lanka. Raavan was sure that no one can bring the herbs from mountain Drona. It was just Hanuman who can get it.

It was a tough task as Lord Krishna tells him how the herbs will get invisible once Hanuman touches them. Hanuman goes and gets the whole mountain by his might to cure Lord Ram and everyone. The show goes back to show his birth event and his childhood. Lord Shiv tells Parvati that his ansh Hanuman will be taking birth on earth when Lord Vishnu takes birth as Lord Ram. 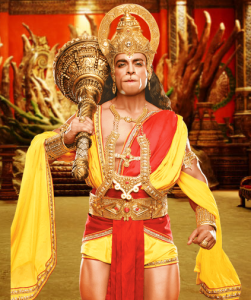 Everyone wonder about the lucky woman who will be getting the respect of being Hanuman’s mum and Rukmani tells about an angel of heavens. Anjani was an angel born on earth by the curse given to her by the sage, and the curse nullified after she gave birth to Hanuman.

Hanuman was born to Anjani and monkey king Kesari, who were brought together by fate. Anjani and Kesari get married and she shows much devotion for 12 years before getting blessed of a baby. Lord Shiv appears infront of Anjani and Kesari and bless them with Hanuman. Parvati and all Goddesses bless Anjani and Hanuman. Lord Krishna recalls how Anjani was in danger when Bali has given her poison to be the most strongest one. Anjani was down by poison and turned pale. Lord Lakshmi blesses Anjani and saves her life, and this baby Hanuman was born. The story progresses and shows Bal Hanuman and shows his naughty mischievous side. 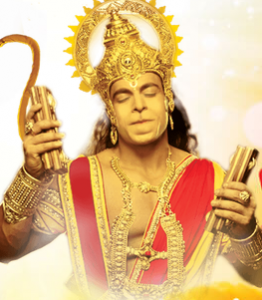 The show has been putting up minute details of the mythology and brings untold stories and facts related to Hanuman. Many people are aware of his name Chiranjeevi Hanuman, based on his immortality blessed by Lord Ram. There are many stories such as Ram and Hanuman’s fight to secure Yayati, when Hanuman does not get hurt by Lord Ram’s arrows by chanting Lord Ram’s name. The narration of the stories is well graphed and it shows many characters and their backgrounds in detail. The costumes of the characters are magnificent and draws attention of the viewers. The show uses some special effects which makes the watching worth appealing. The dialogues are well written and is an added benefit for the pure Hindi language lovers.

The show is a visual treat to all mythology lovers and would be enjoyable experience to watch with families. One can get great insight on the characters and also enjoy some fictional elements added to maintain the interest high.