The doctor did some tests for Bani.

Veeranshu was called by the doctor.

Doctor:Sorry to say that Bani’s test result says that she has brain tumour.

Veeranshu and Bani went back home.Veeranshu covered up his pain and smiled at Bani. 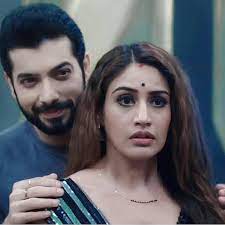 Bani went to her bed.

Veeranshu was sleeping.Bani went near him and looked at him emotionally.

Suddenly she burst into tears.

Bani:I wished to die once.But now I don’t want to die.I am scared to die as I will lose you if I die.

Her tears fell on him.He opened his eyes.He was stunned to see Bani crying besides him.

Bani embraced him and cried.

Bani:I don’t want to die Veeranshu.I want to live with you.

Bani:Yes.I was informed about my disease.

Veer cupped her face in his hands and said:No Bani.Nothing will happen to you.Trust me.You will have a long life.We will live together.

They embraced each other weeping.

Veeranshu thought:I have to make Bani happy for relieving her pain.Little things can make her happy.

Veeranshu took her to a room.There she was surprised to see lit candles.A smile appeared on her face.

She nodded with a smile.

Veeranshu held a candle before her and said:Like this candle light,your life will also be filled with light.There will be no place for darkness in your life.I assure you Bani. 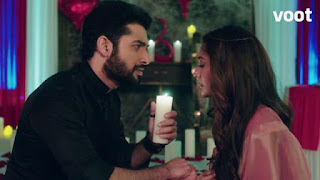 Suddenly due to breeze the candle light went off. 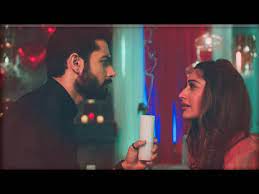 Veer held her hand:Don’t you trust me Bani?

Veer:Then believe me.I will fill your life with light.

He wiped her tears.Then held her hands.

Veeranshu displayed  their photographs which were taken during Bani’s make over process. 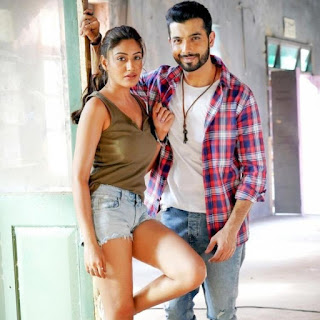 Bani:These photographs make nostalgic as well as embarrassed.Like a fool I tried having a make over which was actually waste of time which had no use in my life and you made me a modern doll which I was never ever.

Veer:But I had fun turning you into a glam doll baby. 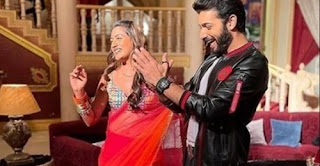 Veer:Don’t think that make over was a waste of time.Because of that only we met each other and became closer.

She looked at him intensely:Yes.

They embraced each other.

Veeranshu switched on the music system.

He danced with Bani romantically to that song. 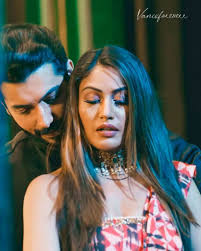 Veer:By making you wear this,I am conveying you that you are my Queen.

They shared a romantic eye lock. 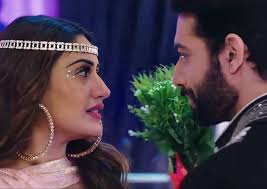 Veer:Bani…This King and Queen will have a grand royal wedding.

Bani:Who knows whether that moment will come or not.

Veer:It will happen.You imagine our wedding.I will be in suit and you will be in a gown.

They both imagined their wedding in a fairy tale style. 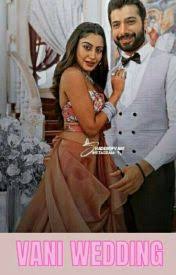 They both smiled at each other,

Krishna:No one will visit Bani.Don’t forget that we disowned her.

Sonakshi told him everything.

Sonakshi:Bani di went to meet Veeranshu as I asked her to do so.But you misunderstood them papa.

Krishna:Then why did’nt you say it to me?

Sonakshi:I tried to tell you.But you did not listen to me.You just said that you don’t even want to hear her name in this house.

Gopi:Because Veeranshu is a nice man.That’s why he allowed her to stay there when you did’nt allow her to stay here.If Veeranshu had not done that our Bani would have died. 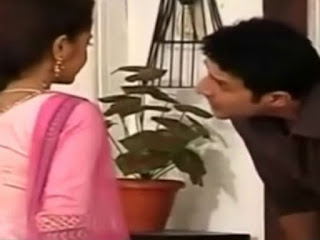 Gopi:Veeranshu is nice.If it was only lust which he had for her,he would have thrown her out long ago.

Aakesh:How could you do this to your own niece?

Gopi:I am at fault.I became too weak before Krishna.

Veeranshu:I know that you hate me. 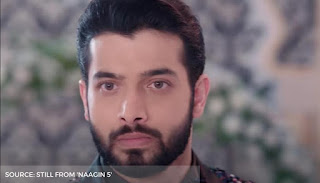 But I swear…I have not seen a nice girl like Bani.She has not done anything wrong.Please believe her.

Veer:That time there was no relation between me and Bani.But now we love each other.We want to get married and live together till the end.

Krishna:I did not know that your relationship with Bani was so pure.I misunderstood you both.

Veer:Please forgive Bani and accept her.She is going through a toughest phase of her life.She needs her family’s prayers and support.

Veeranshu:Bani is diagnosed with Brain tumour.

Krishna:I hurt her a lot and now this too.How will she bear everything?I can’t forgive myself.

Sonakshi:I am happy that finally papa’s misunderstandings got cleared.But my Bani di is suffering from a serious disease.I can’t bear it.My Bani di is so nice.Then why this happened with her? 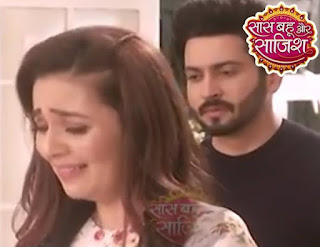 Aakesh :Everything will be alright Sonakshi.Bani di will be fine.

Krishna and family came to Veeranshu’s flat.Bani was surprised to see them.

Krishna was in tears.He folded his hands before Bani.

Krishna:Please forgive me beta.I did an unforgivable sin to you.Even Anika di and Shivay jeeju may be cursing me from the heaven.I can’t even look at your face as I am ashamed of myself.

Bani’s tears were flowing down.

Bani:Mamu…don’t talk like this.You came back to me.That’s more than enough for me.My last wish was to unite with my own family and that has happened.

Bani:I think my life would be short like my parents.

Everyone became upset.Gopi could not take it anymore and burst into tears.

Sonakshi blasted at her tearfully:You will live long…you will see your great grandchildren also.Did you hear it? 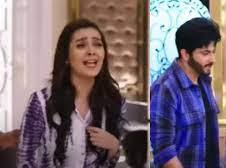 Krishna:Bani…don’t say like that.I lost Anika di.Now I can’t lose you too.

They hugged each other and cried.

Gopi:We all are with you Bani.Nothing will happen to you.We assure you.

Veeranshu:That’s what I have been telling her.But she can’t believe me. 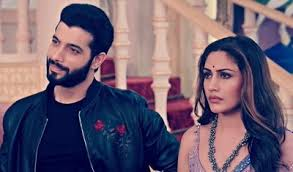 Krishna:Veeranshu,we are taking Bani with us.

Krishna:Don’t worry.After marriage,I will be sending her back to you. 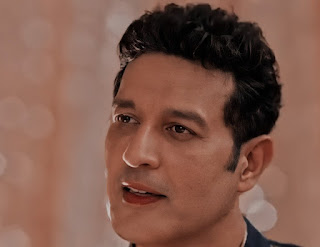 They looked at each other and said:Will miss you.

Bani walked out with her family.Then she turned back.Veeranshu was waving his hand at her.She too waved her hand at him emotionally