It continues with Parth yelling at Sanyukta and telling her this is the day when Arpita left him. He asks her if she’s happy now. Sanyu doesn’t know how to react. She asks him to sit down. He requests her to leave from there. She asks, and exams? He says, he doesn’t feel like doing anything. She says, if Arpita was here, then would she be happy seeing this? She gives book to him and asks him to start studying and not to play with his future. He says that he loved Arpita, he knows her better and what she wanted. He asks her to leave, but she doesn’t. He then picks up his stuff and leaves. Randhir is standing there and he seems to have seen everything. 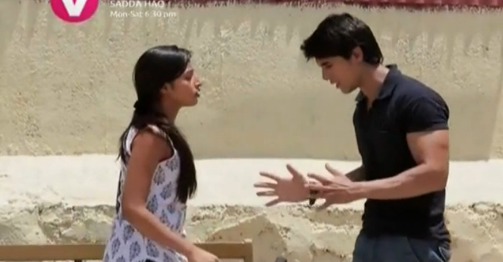 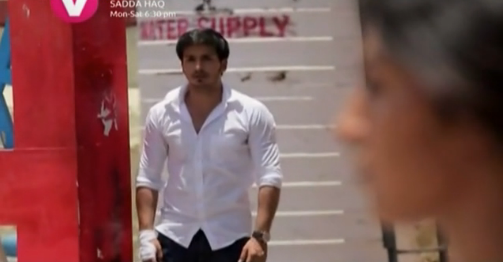 Vardhan gets a call from Prof. Rao’s doctor and informs him that Rao is talking about him, and he might be wanting to see him. It would be better for Rao if Vardhan can meet him. Vardhan says of course, I will be there in half an hour.

He reaches the location and Prof. Rao is writing something on the wall and he seems frustrated. He has thrown bunch of papers on the floor. Doctor takes Vardhan inside the room. Rao gets scared and asks who is him? He asks doctor to take Vardhan out. Doctor asks him try to remember. Prof. Rao’s mental condition gets unstable. Doctor apologizes to Vardhan and he leaves.

Jiggy asks Randhir to help him with his stress. Randhir shows him some exercise which will help him reduce his stress.

Other hand, Sanyu says she has never seen Parth so stressed out. She wonders how she can help him. Randhir is in exercise pose, she doesn’t see him and sits on his back. She asks what is this? He asks her if she can’t see that she sat on him thinking him a chair. She says, sorry, but I didn’t know, you do all this here. He asks what do you know anyway? You keep bumping in to me, coming in my way, sit on me thinking it’s a chair, if you were really missing me that much, then you could have told me. She asks him to behave and says, I already said sorry, so you don’t need to say nonsense now. She picks up her stuff and asks him to give her book. He says, why? Book was here and I should be giving it to lost and found in library. She says, if you want to do such immature thing, then you can because I am not going to come to your level. He says, you can do whatever you want, you can’t come to my level. She says, such an insecurity? You’re that insecure that you took away my book so I can’t take away your number 1 position? He says, insecurity? and that too from you? He gives the book to her and says she can study as much as she wants, he will still best her with 20% marks. She says, we will see. Both walk in opposite direction. 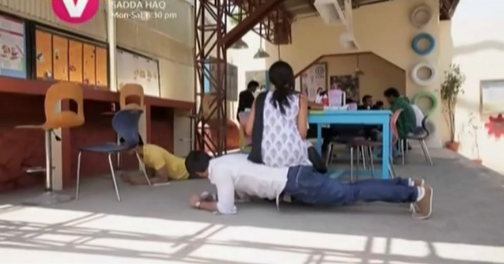 Vardhan remembers him trying to convince a government official to get him Prof. Rao’s suicidal case file, but he doesn’t agree. He rather suggests him to get this work done by someone who has top contacts or someone who has police records. Vardhan thinks of Parth.

Sanyu calls Parth and says that she knows it must be very tough for him, and she’s just trying to help him. She tells him not to risk with exams, his future. He says, he understands, but wants to stay alone for a while. She says okay, but they will be studying together tomorrow. Randhir also sees Parth stressed out.

Randhir’s dad is drinking. He gets a call from Renuka. He laughs at her saying her bad time is going to start soon. She tries to talk, but he asks her to shut and says, what do you think Randhir will always be yours? I have made all the arrangements to keep Randhir with me. He asks her not to call him again, they will talk directly in the court.

Sanyu then gets a call from Renuka. She asks Sanyu for a favor. Sanyu says sure. Renuka tells her that Randhir will be getting a courier today, he will get very disturbed after seeing it. She is his friend and she wants Sanyu to make sure that courier doesn’t reach to Randhir.

Sanyu enquires to someone if any courier came on Randhir’s name. He says, yes, but he forgot to give as he’s busy. Sanyu says she will let him know. He asks her to give it to him. Sanyu says okay.

Vardhan asks Dean for Prof. Rao’s file once again, but in vain. Vardhan asks him why he wants Prof. Rao’s contribution go waste. Dean says he doesn’t mean that. Vardhan says, then what do you mean? You also know that whatever is in that room is priceless and you still won’t let it come out to the world. Dean says, if the world is to benefit from Prof. Rao’s contribution, then he himself will do that, not anyone else. Destiny will bring him to that room from the hospital, and rest will be history. Vardhan leaves.

Randhir is with his friends. Sanyu is walking from there, thinking about Renuka’s words. All her stuff fall down. The envelope opens up and she sees divorce papers. She’s shocked to know Randhir’s parents are divorcing and their hearing is on 1st June. Randhir sees Sanyu tensed. She thinks if he gets this letter now, then don’t know what he will do. He may just not give this exam. She says she can’t let his year waste. She starts walking in opposite direction. Randhir wonders what’s that envelope. He runs to her and asks if that’s her wedding invitation. She says it’s her personal stuff. He says that is why he wants to see it, she keeps interfering in his personal life and irritates him. He won’t be invited for her marriage so let him see. She says no, and asks who said he won’t be invited in her marriage? He has already been invited from Sameer’s side, so he can see the card there. She leaves. Randhir recalls Sanyu’s words. 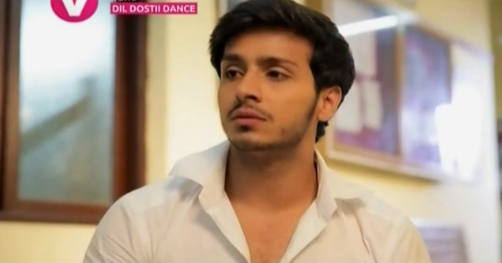 Precap: Sanyu and Randhir are in their class. Randhir’s dad is calling him. Sanyu sees it and decides to stop Randhir from talking to his dad. She puts her hand on his phone. Randhir is busy taking notes. He then also puts his hand on her hand. Both look at each other.